Secret Project Festival Brought it Back to the Basics in DTLA 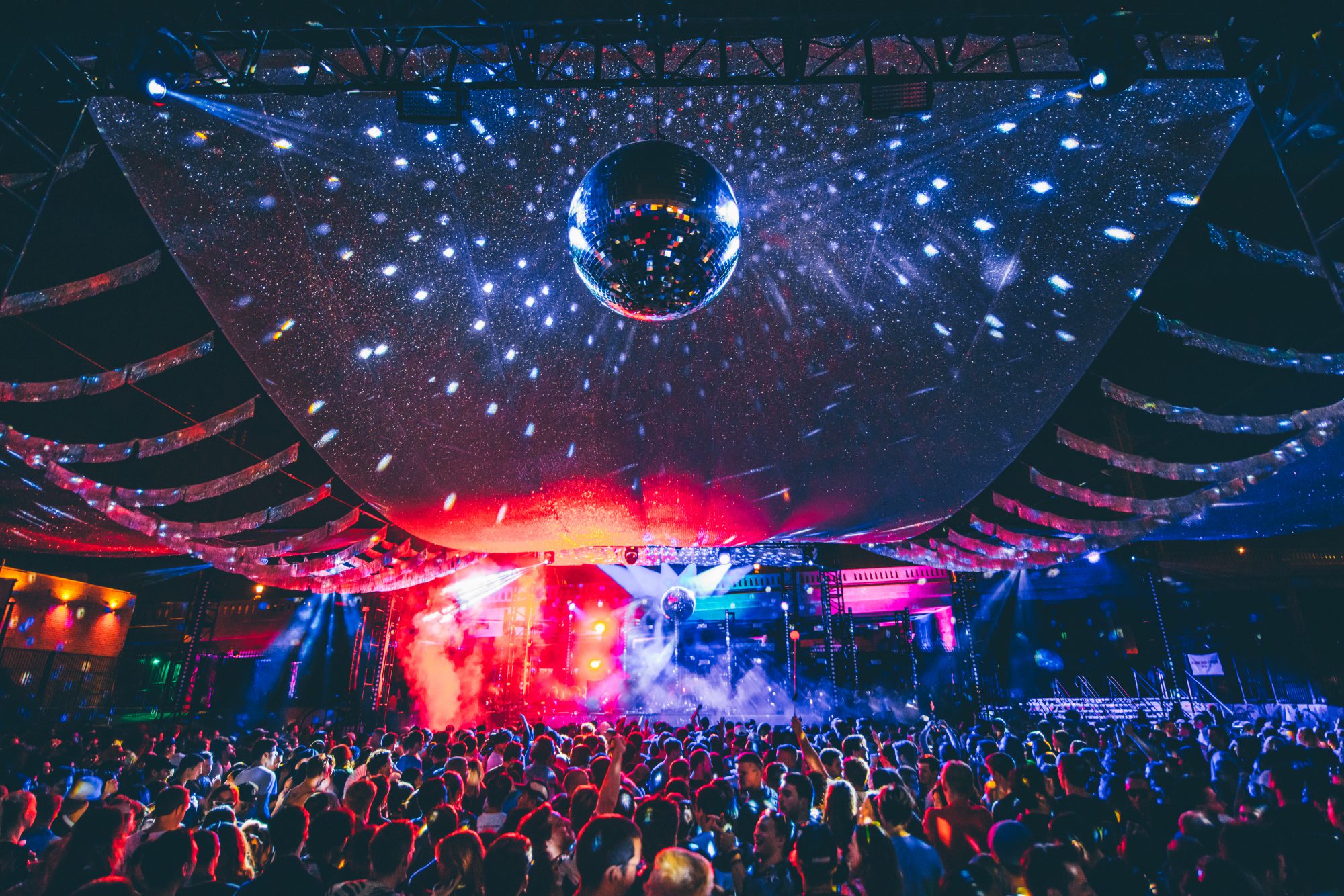 As dance music lovers continue to prepare ourselves for Halloween and, in the case of us SoCalers, Insomniac’s famous Escape: Psycho Circus, let us take a moment and pause our last-minute costume shopping to reflect upon Secret Project Festival. Earlier this month, Insomniac’s own Factory 93 put on the sophomore edition of the fest, once again transforming Los Angeles’ Chinatown into an underground oasis even the most pretentious of attendees could appreciate.

Perhaps Secret Project’s success can be attributed to its nonchalance. After all, the coolest person in the room is often the one who is trying the least. In the case of Secret Project, rather than bring in its usual extravagant neon fixtures and characters, Insomniac relied instead on the venue’s “natural” backdrop. Surrounded by Downtown LA’s sprawling warehouses, attendees were truly immersed in the underground setting Secret Project works to pay homage to.

Aside from some shimmery ceiling overlay and one rather massive disco ball, Secret Project’s only other piece of decor was one borrowed from Burning Man. Acting as a sort of centerpiece for the fest, artist Michael Benisty’s shimmering sculpture helped set the tone for the weekend. Dubbed ‘Broken, But Together’, the piece is of two people holding hands with chunks missing out of their bodies.

The crowd at Secret Project was not broken though, because a sense of togetherness radiated throughout.

In an era where fist-pumping frat bros and aggressive crowds often plague the festival-sphere, Secret seemed to attract neither. Instead of showing up for “the gram,” people were truly there for their love of the music and it certainly showed.

A nice surprise was that overcrowding at the stages was also a non-issue.

As someone with an unfortunately small bladder, I often dread going to the bathroom at music festivals because it often means fighting my way back through the crowds. Not at Secret Project. Navigating from stage-to-stage was a breeze and finding your way back from the bathroom proved to be so easy, I actually went by myself multiple times. The lines themselves were also near non-existent, despite there being only one water station and main set of bathrooms.

Of course, this year’s billing was also one of any techno or house lover’s dreams.

Australian break-out star Mallgrab managed to light up the crowd before the sun even went down on Sunday and the Berlin-based Peggy Gou threw down a set my friends and I still talk about on a near-daily basis. Honey Dijon also delivered come Sunday night with a funk-infused set that had the whole crowd bumping and grooving along. Nina Kraviz and Helena Hauff threw down one of the most epic back-to-backs of all time, spinning actual (!!) vinyl while sharing cigs.

Overall, Sunday’s lineup supplied the majority of the heat, but that’s not to say that Saturday didn’t have its gems too. Breakout star Ben UFO started things off with a bang, setting a precedent for both the weekend and his skills as a DJ that we just can’t ignore. Additionally, Immersions label boss Dixon is always a good time and his pulsing techno closing set was no exception.

What truly made Secret Project different than any other festival, however, was not its lineup

Anyone can put on a festival, stack it with big names, and call it a day. What set Secret Project Festival apart to me was its genuineness. It didn’t want to simply be an event everyone would want to put on their Instagram or Snapchat stories, instead, it existed for the love of the music.

The event also didn’t waste time on activations or other unnecessary elements – although a cocktail lounge did exist – it captured the essence of what raves used to be. A place to dance. A place to connect. A place to enjoy music with other like-minded individuals. So thank you, Insomniac, for creating a space for just that. We can’t wait to do it all again next year!