The FBI has concluded their investigation and completed toxicology reports for the deaths of Americans staying at resorts in the Dominican Republic.

Earlier this year, a number of mysterious deaths of American citizens vacationing at resorts in the Dominican Republic surfaced and were paired with reports of illness as well. This caused a growing concern from those who were planning trips to the Caribbean island as well as those who were making plans to attend the first-ever edition of Holy Ship Wrecked.

The increased number of deaths and lack of proper equipment to provide accurate toxicology reports to find the cause led to an FBI investigation on the matter. These reports typically take some time to be finalized as a variety of different tests must be conducted and now, the agency has finally concluded their research.

In a statement made to FOX43, The State Department`s Bureau of Consular Affairs said: “The results of the additional, extensive toxicology testing completed to date have been consistent with the findings of local authorities. Our condolences and sympathy go out to the families during this difficult time.” More details will surface when the State Department releases the list of Americans who died in a foreign country at the end of the year.

Related: Read the response from HARD Events regarding the safety of those who will be making the trek to the Dominican Republic for Holy Ship Wrecked.

These deaths and reports of illness did cause the hospitality industry on the island to make changes to their policies that include everything from posting emergency contact information inside rooms to an increased number of detailed food and beverage checks. They also invited the CDC and ATF to the island to perform their own inspections as well while resorts like the Hard Rock Hotel in Punta Cana also removed the mini-bars from their rooms.

When traveling to a foreign country, regardless of where it is on the planet, it is always important to be in the know of where emergency services are located. Make sure to plan ahead and research potential travel risks ahead of your trip as well.

We’ll keep you updated with any further news that surfaces surrounding travel advisories for the Dominican Republic. 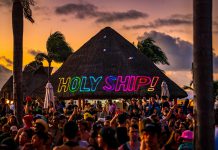 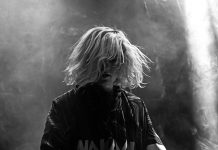 Dive Into Space Wizard’s Sounds Ahead of Holy Ship! Wrecked