The final hours of Backwoods Music Festival were canceled after a sightseeing helicopter went down earlier tonight with attendees from the festival onboard.

Update June 3 at 3pm PT: 40/29 News has officially confirmed that three people were killed in the helicopter crash, and one is in critical condition. The pilot, Chuck Dixon, and passengers Sarah Hill and Marco Ornelas were the names released of those who passed.

Although a storm rolled through in the evening on Sunday, an official factor of what led to the crash has yet to be determined. We’ll continue to keep you posted on the latest developments.

Update June 3 at 2am PT: The Festive Owl is reporting an update that two fatalities have been confirmed surrounding the downed helicopter at Backwoods Music Festival.

Update #2 — Two confirmed fatalities have occurred. This will continued to be updated as more info is made public.

Earlier: After a weekend full of sets from artists like REZZ and Space Jesus, Backwoods Music Festival has canceled the final hours as a sightseeing helicopter that was carrying attendees went down nearby. First reported missing around 8pm CDT, the helicopter had not returned and an ongoing search began for the pilot and passengers.

40/29 News has reported that Franklin County Sheriff Anthony Boen stated the helicopter has been found and several injuries were reported. Emergency medical services and the sheriff’s office are on the scene at the festival as well.

Prior to the helicopter being found, organizers stopped the event and canceled the remaining sets that included a performance by G Jones and Zeds Dead. The Festive Owl also shared a video from inside Backwoods in which the festival organizers informed attendees of the situation that was unfolding.

G Jones, Minnesota, and attendees at the festival have also taken to Twitter after the news first broke of the helicopter going down.

backwoods festival- i’m really sorry to say my set has been cancelled due to the tragic helicopter crash. my heart goes out to everyone affected 🖤 love u all + hope to play for you soon

What a tragic day at backwoods festival. So much love to the the crew and attendees ❤️❤️❤️

Stay tuned as this story continues to develop. Our thoughts are with everyone at Backwoods Music Festival. 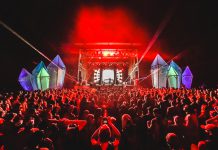 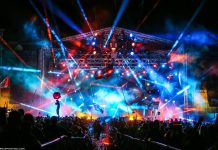 Win a Pair of VIP Tickets to Backwoods 2019 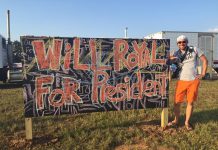 Looking at the Past, Present, and Future of Backwoods with Will Royall