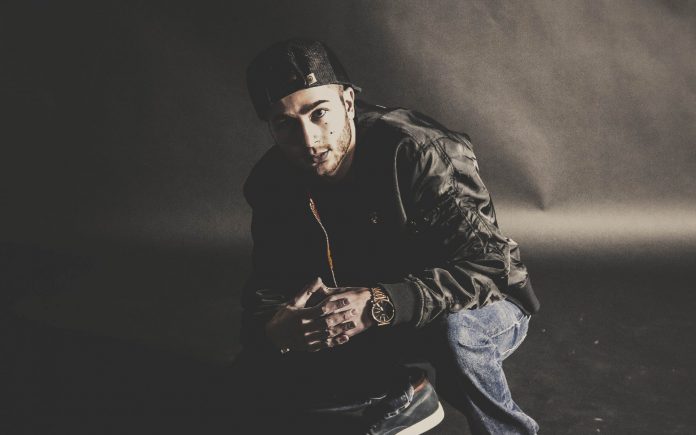 Nanu chats about his inspirations as an artist, recent releases, Canada’s bass music scene, his favorite pizza toppings, and more!

Hailing from Edmonton in Canada, which is home to a bevy of world-class artists, Matteo Valerio, better known as Nanu, has been working diligently to make his mark on the electronic music scene. After first being introduced to Nanu via his bass-heavy track “Venom,” we have been keeping an eye on SoundCloud for his upcoming releases–and if this track is any indication, Nanu has a bright future ahead of him.

Much to our delight, Nanu sat down to chat with us about his influences, his style, and where he would like to be a year from now. Check out our exclusive mix below, and read on for the full interview!

When did you first start listening to electronic music and what led to you deciding to start pursuing a career as a DJ/Producer?

I first started listening to electronic music back when Daft punk dropped “Around The World” and “Robot Rock”. That eventually led me to find Skrillex and Deadmau5, so I really have to give it up to those three.

What made me decide to pursue a career as a DJ/Producer was, back like 10 years ago I was a hip-hop/break dancer and would make little routines for myself but I always found it so boring to dance to just one song. I always thought, “What if this happened here with this other song?” and stuff like that. So I started making edits on my computer in GarageBand.

One day I brought an edit to my choreographer and asked what he thought and he said it was really good and asked me if I ever thought of being a DJ. So that night, I researched what exactly a DJ was (I had a pretty good idea already), and I found a video on the internet titled “DJ Shiftee Party Routine” on “Dubspots” YouTube channel. I was blown away with how fast his hands were moving and everything he was doing and I said to myself, “I want to do that.” So for the last 10-11 years, I taught myself how to DJ. Once I turned legal, I made some DJ friends and they helped me with some other things I needed to polish up with my mixing.

For the producer side, it was always very scary for me because I never knew who would like my music and I was afraid that I wouldn’t get accepted, or no one would like my music. I knew when I was young, I really wanted to create something and make people feel happy. I held onto songs for years, and after I released my first track, “Breach,” the amount of feedback was amazing and I knew this was for me. There’s something about being creative and being able to connect with people through sound waves and melodies that I love. I will never stop making music. It makes me feel connected with the world, and when I’m gone, I’ll leave a part of me behind in every song I produce. 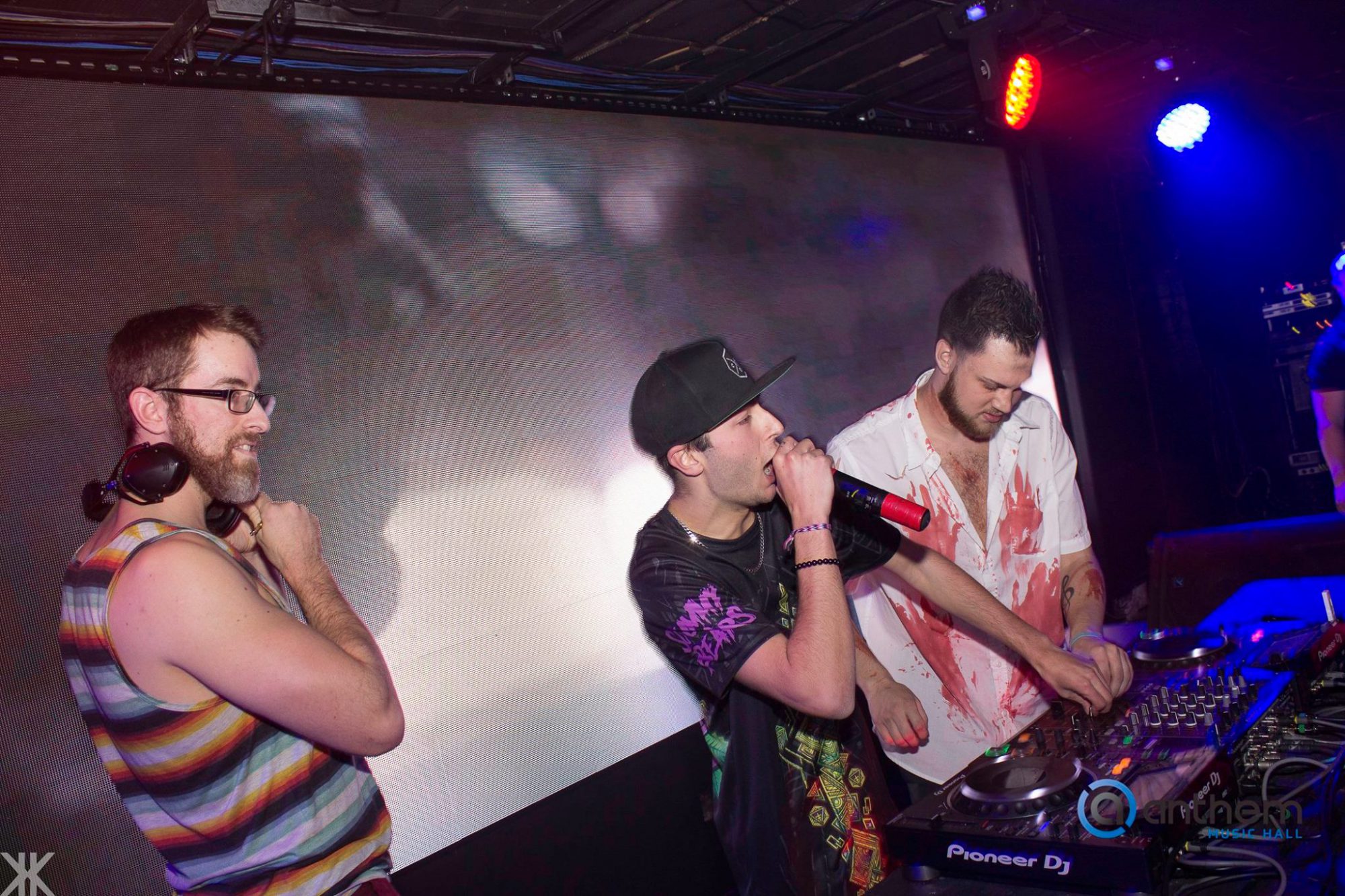 You mentioned that the impetus for your recent tune “Venom” was the movie bearing the same name. What spoke to you about this character and how did you approach developing the track?

What spoke to me about “Venom” was his whole personality and the fact that I’m a huge MCU fan. If I had to describe it, it’s like this. If someone asked me what “Bass House” was, as a person, I would say “Venom,” because sometimes it can be dark and grimy with a creepy or cool backstory and people will love it–like the whole character. He has the perfect personality for a Bass House song and so does Carnage.

I approached developing the song by focusing on telling the story of Eddie Brock becoming and evolving into “Venom.” First was the vocals. I needed to make sure that I could make it sound like I’m telling a story but at the same time sounding dope and having everything happen at the right time. Next up was the horn sound I used. I found it in a KSHMR sample pack and fell in love with it. It just suited the character and song so perfectly. Next were the bass lines and kick drums. I knew this had to be heavy, really heavy. Then the rest of the song just fell into place perfectly along with that slime and evil laugh effect I found.

You recently remixed Inf1n1te’s track “Alone,” as well. How does your production process differ when approaching a remix compared to creating original work?

When I first asked Inf1n1te to do the remix, it was because I knew it would sound cool as a Bass House tune. I just didn’t know how hard it would be to keep some of his original synths along with some Bass House wobbles together in a song. I really listened to a lot of the remixes for the track that people already made that helped a lot with my creativity for it. When I approach a remix for any song, I want there to still be some original sounds, melodies, or vocals, but with my spin on it, so it doesn’t sound too familiar but not too different, either.

The process for me writing an original is so much different because I start from ground zero and work my way up. It’s way easier to do because you have 100% control of all the sounds in the track that you can change anytime if one isn’t working. With the remix, I had to work with what I had because I couldn’t change any of that. Sometimes I will start with a funny Facebook post that I made and take that as inspiration (which I already did do) and then work off that idea.

When you’re producing music, what are some elements that you try to infuse into your productions? Asked another way… how would you define your signature sound?

Elements that I try to infuse my own tracks with would be one heavy heavy kick drum and clean claps next with cool or creepy vocals and melodies. Something that is spooky and sounds like it’s from outer space. I really think that is what will make me sound different from everyone else. The whole song revolves around the kick drum and claps; it’s your holy grail. If the song does not have those two things for me, I won’t be feeling it, and it won’t rock a crowd.

It’s just like building a house–you have the support beams, layout, rooms, and foundation. That’s the kick drum and claps in a song. Then next you got the hardwood, carpet, and beds. That would be the high hats, basslines, and vocals. Then the rest of the house like furniture and TVs and Xbox and computers and speakers would be the effects in a song. In other words, you don’t really need those TVs and furniture and Xbox computers to live, but it makes it more fun. So exactly the same as a song, you don’t need effects, but it helps a whole lot with how the song sounds. 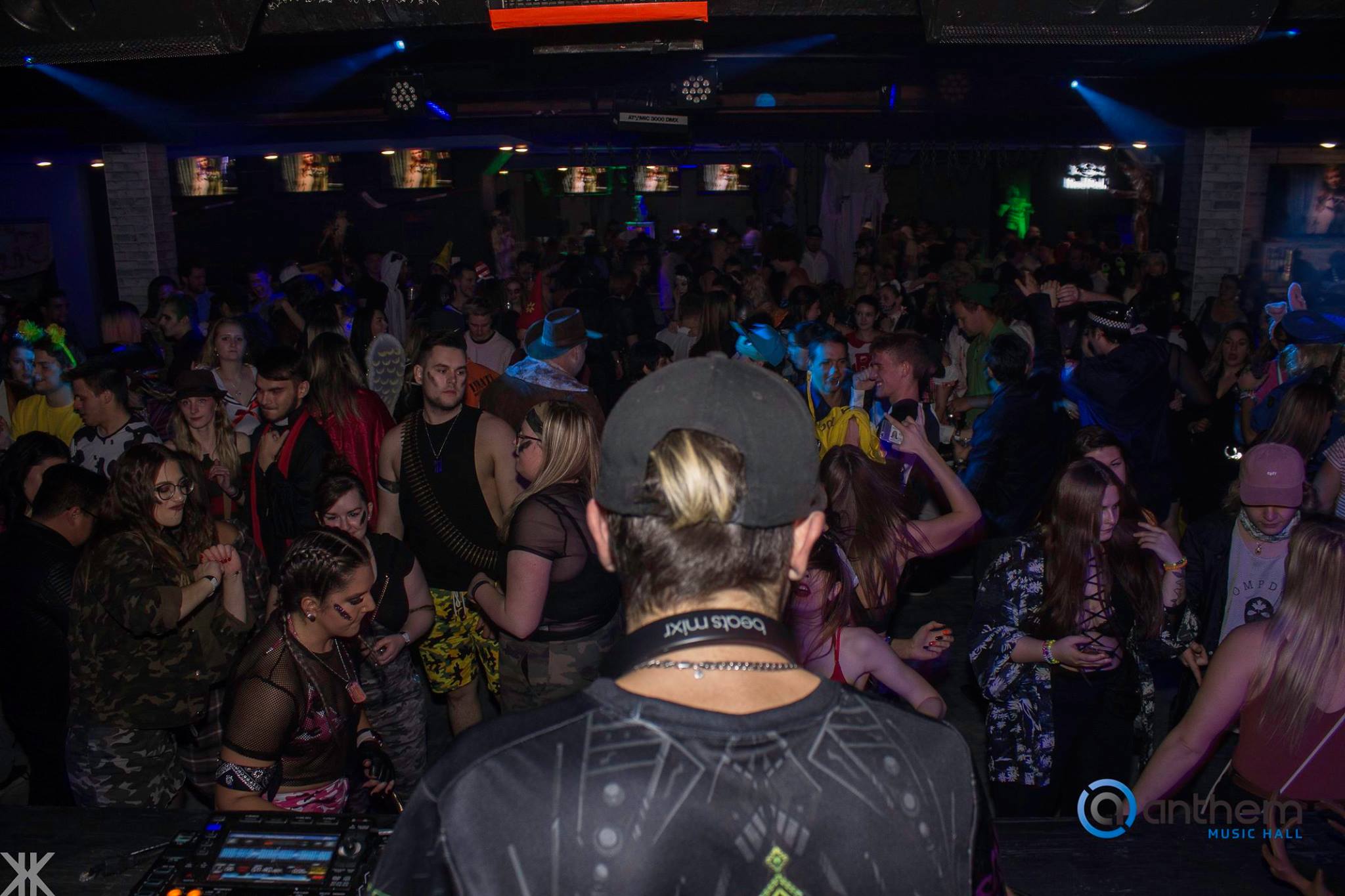 Who are some of the artists that influenced your sound or inspired you along the way?

Artists that inspired me along the way would have to be JOYRYDE, Ghastly, JAUZ, Excision, Brohug, Skrillex, Diplo, and Wax Motif, just to name a couple. But I get inspiration from any artist.

You’re from Edmonton, which is the home of a number of huge DJs and producers who have become dominant forces in the electronic music scene. How did cutting your teeth in the scene there impact your journey?

Yes, I’m from Edmonton, and honestly, it was really hard to do because all of the other big DJs and producers already set the bar really high for production. But without the production bar being set so high, I don’t think I would have produced as good of songs and really pushed myself as much as I have done. As for the DJing side of the scene, it was also hard to get booked to play shows. You had to be part of an entertainment company and work your way up to DJ shows here. You could not just start as a DJ–you also needed to know the right people in the city and make connections.

Where is a dream venue or event that you’d love to play in the future?

One of my dream venues would be Bootshaus in Germany. My dream event would be Shambhala Music Festival, Soundwave Music Festival, and EDC Las Vegas. You could say I have big dreams and lots of work to do. 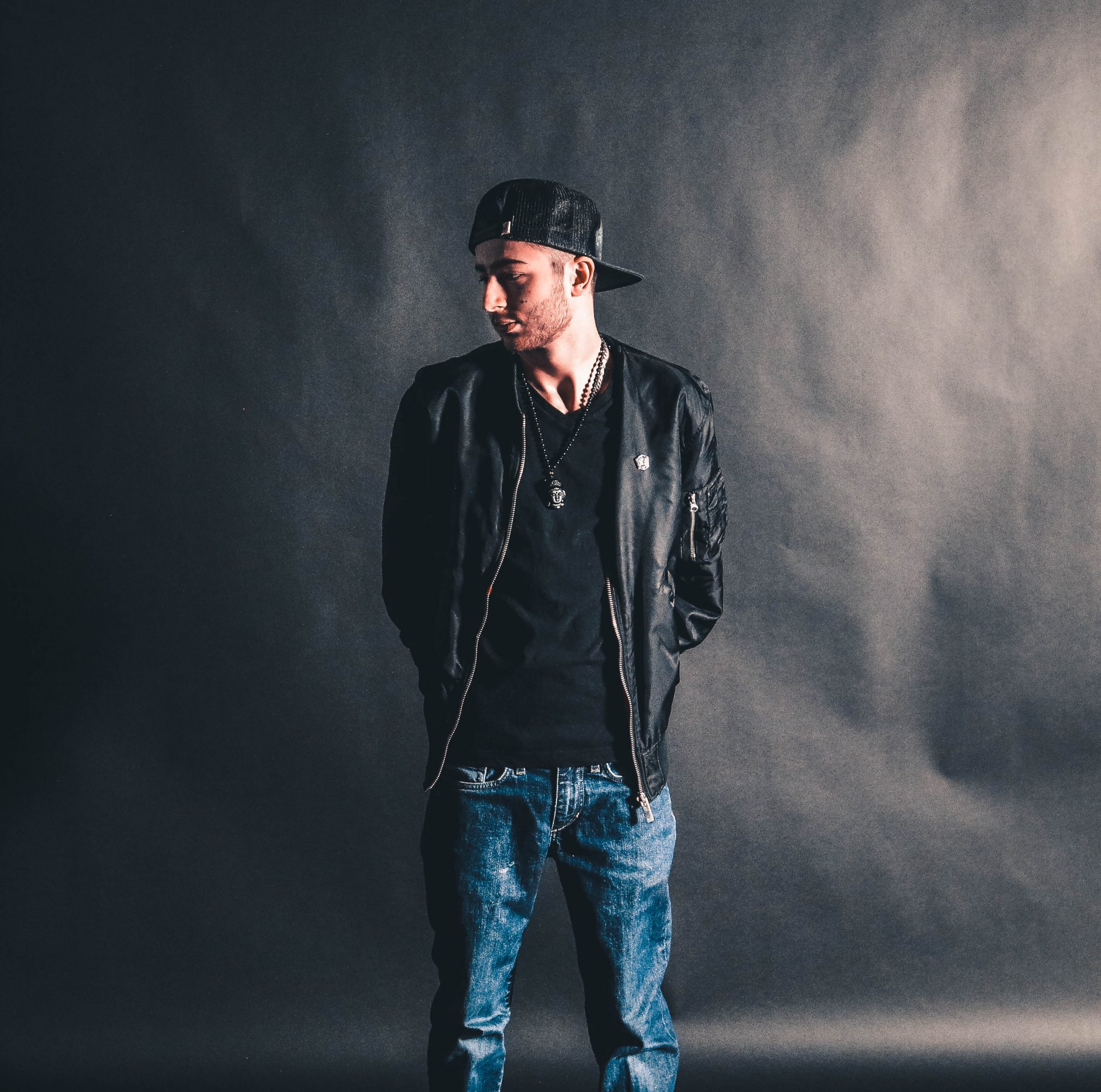 When you’re not producing music, what do you do for a living?

With 2018 in the rearview mirror, what are some of your goals that you’d like to achieve in 2019?

Some of my goals I would like to achieve would be releasing my first EP I have been working on, finishing these brand new covers I have planned featuring some amazing vocalists, and launching my monthly mix series, “The Lost Files,” where I will be showcasing my mixes along with helping to expose some brilliant DJ/producers from all over. I would also like to play Get Together Music Festival, Scream Music Festival, and Northern Lights Music Festival.

Finally, what toppings make up the perfect slice of pizza for you?

Best toppings for the perfect pizza would be stuffed crust, pepperoni, onions, and tomatoes. Sorry to say that pineapple does not go on pizza. 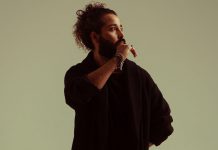 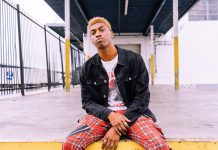 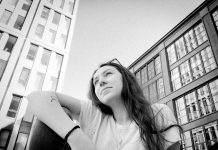