The Escape: Psycho Circus lineup for 2018 dropped today, are you ready to get spooky with Eric Prydz, Seven Lions, CamelPhat, & more!

Even though Halloween is still a few months away, one of the West Coast’s premier events, Escape: Psycho Circus, has been on our minds. Hosted at the NOS Events Center over the Halloween weekend of October 26-27 this year, Pasquale and the Insomniac Team are sure to bring us some amazing experiences once again this year.

Having already announced dates and with the ticketing tiers on an endless rise, the question of who would be taking the stage this year remained. Today, that question has been answered with an official lineup flyer handed out at HARD Summer. While the official announcement is yet to come, we’re stoked to see names like dotting the lineup that we love like Eric Prydz, Lane 8, Tchami x Malaa, and Kaskade.

Takeovers will bring some serious house and techno vibes to the stage, as Green Velvet will be bringing his La La Land series along with Jamie Jones presenting Paradise this year. Hardstyle fans will rejoice in seeing Wasted Penguinz b2b Crisis Era and Zatox, while bassheads can easily get down to the beats coming from artists like Kayzo and Zeds Dead.

Check out the full lineup below and let us know what your thoughts are in the comments. Tickets are still available but will be going fast now that this massive lineup has dropped. Grab them now at insom.co/EscapeHalloween! 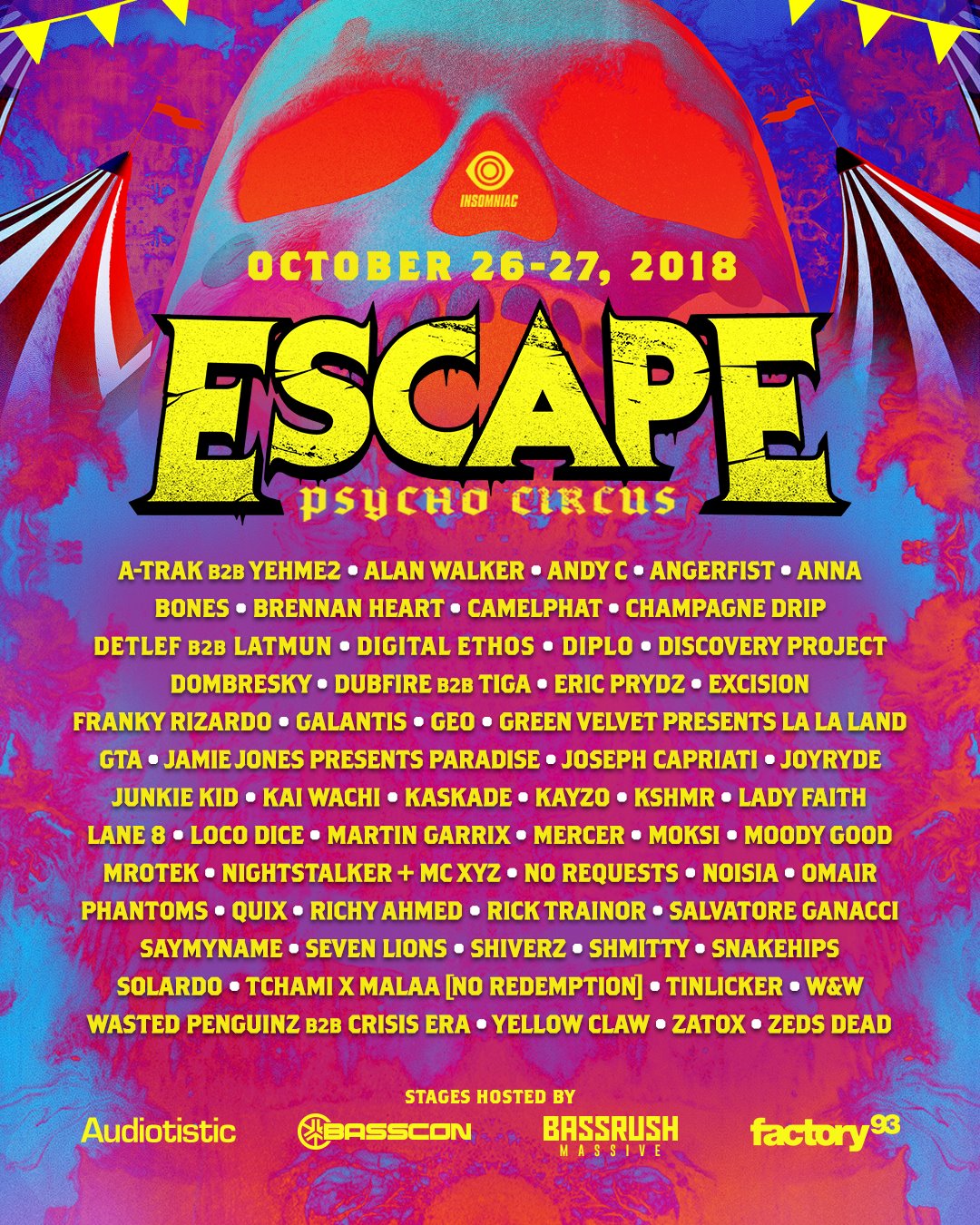 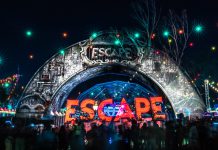