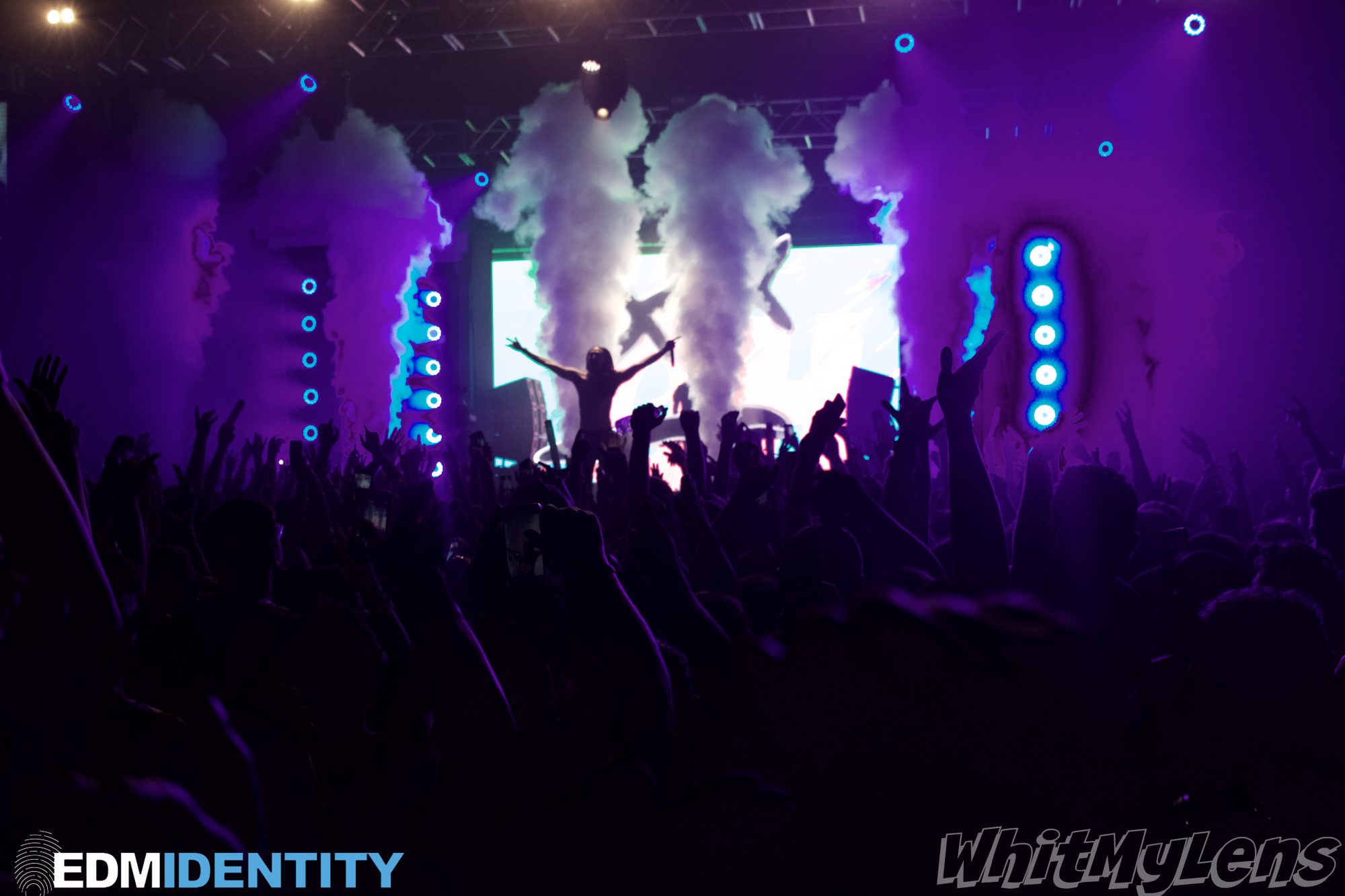 Steve Aoki’s Kolony Tour brought Indianapolis together to create an incomparable surge of happiness that lasted all night.

One of the first things I notice during a show is the audience, and you can get a pretty good feel for the vibes of a show based on the engagement of the fans. Among the many concerts I have been to, Steve Aoki is one of the few artists that is able to draw the audience in through every element of his show, and that was no different at the Indianapolis stop of his Kolony Tour.

The setup at The Pavilion was perfect. There was plenty of dancing room and a runway that was perpendicular to the stage so the artists could get even more connected with the crowd.

Many guests of different styles came along with Aoki during his Kolony Tour, and Indianapolis was lucky to experience some of them.

Deorro set the tone by giving the crowd a taste of his iconic bass and trap infused music, sending vibrations all throughout The Pavilion.  My favorite part of his set was when he played “Five Hours (Don’t Hold Me Back).” It’s a classic, and everyone knows the words, so it was incredibly fun to be a part of that.

After Deorro killed his set, Desiigner took the stage and brought the energy level even higher by shifting gears to rap. The audience was up on their feet while Desiigner was on the runway dancing, crowd surfing, and still maintaining enough energy to perform “Panda“, one of his classics, toward the end. It was the perfect lead-in to keep everyone on their toes for Steve Aoki.

While the crowd patiently waited for Aoki to begin his set, a big black tarp was hanging to cover the whole view of the stage, creating so much suspense and eagerness. The bass began to rise as his first song began, and all I could see through my camera lens were smiling faces. The build-up was just what the crowd needed, and I couldn’t help but stop and watch as the tarp and beat both dropped at the same time.

The production was so vibrant and in sync with the music that it put you in a trance. The array of colors in the lights and visuals blew me away, and on each side of the stage was a giant screen that displayed lyrics so the crowd was always singing along.

This show was one of the most engaging, exciting, and lively that I have ever been to.

Rather than staying on stage the whole time, Aoki danced out onto the runway and shook hands, put the mic into the crowd for them to sing, and had everyone’s hands up in the air the whole time. It was a show that no one wanted to end, and even then fans were singing his songs as they walked out.

Make sure you catch Steve Aoki on the KOLONY Tour when it hits a city near you!