On Saturday, September 16, get ready for a night full of trance with Chicane, Signum, and Kristina Sky at Avalon Hollywood!

Chicane returns to Avalon Hollywood on September 16 to bring the best in classic trance! This time he’s bringing a long a few friends to set the mood. Chicane has been in the trance game since the late 90s and the trance master is one of the most prolific classic trance artists out there. He has the ability to produce epic motion-picture quality tracks and make them come to life when played live.

Back in 1997 Chicane dropped his debut album, Far From the Maddening Crowd and hasn’t looked back since. He’s since released five albums and produced and written for the likes of Bryan Adams, Natasha Bedingfield, Paul Young, Ferry Corsten, and Armin, to name a few. His previous Avalon appearance was his debut at this venue so if you weren’t able to make it out last time, make sure to not miss out this time around!

Signum will be making his Avalon Hollywood debut!

In 1997, Signum‘s hit “What You Got 4 Me” became a hit in the club and catapulted the then-duo into the musical spotlight. After that success, Signum began remixing some of the hottest tracks out for the likes of ATB and Alice Deejay. They began to release original music and made their DJ debut at Gatecrashers in 2001. The duo’s success continued and they signed to Armada in 2003 while continuing to release a variety of trance tracks.

In 2008, one-half of the duo decided to move on while the remaining member Ron Hagen, continued under the Signum name. As a solo act, Signum never missed a beat. The sound became more futuristic and experimental but never lost its trance roots. If you haven’t had a chance to check out this unique artist, here’s your chance!

Rounding out the line-up is none of than trance great Kristina Sky! She has been involved in the scene since 2002 and has held a residency at Avalon Hollywood. Kristina Sky has released tracks on labels like Armada and Vandit and has played at multiple festivals over the years such as A State of Trance 550 and Electric Daisy Carnival.

Sky recently smashed the decks during Dreamstate SoCal as well as Garden of Eden. Kristina Sky is known for her range and breadth in skill. She will play progressive-house as well as emotional, melodic, trance and everything in between!

Stream Kristina Sky Live at Garden of Eden via SoundCloud:

Win a meet and greet with Chicane along with a pair of tickets to the show!

Win a Meet and Greet with Chicane at Avalon Hollywood 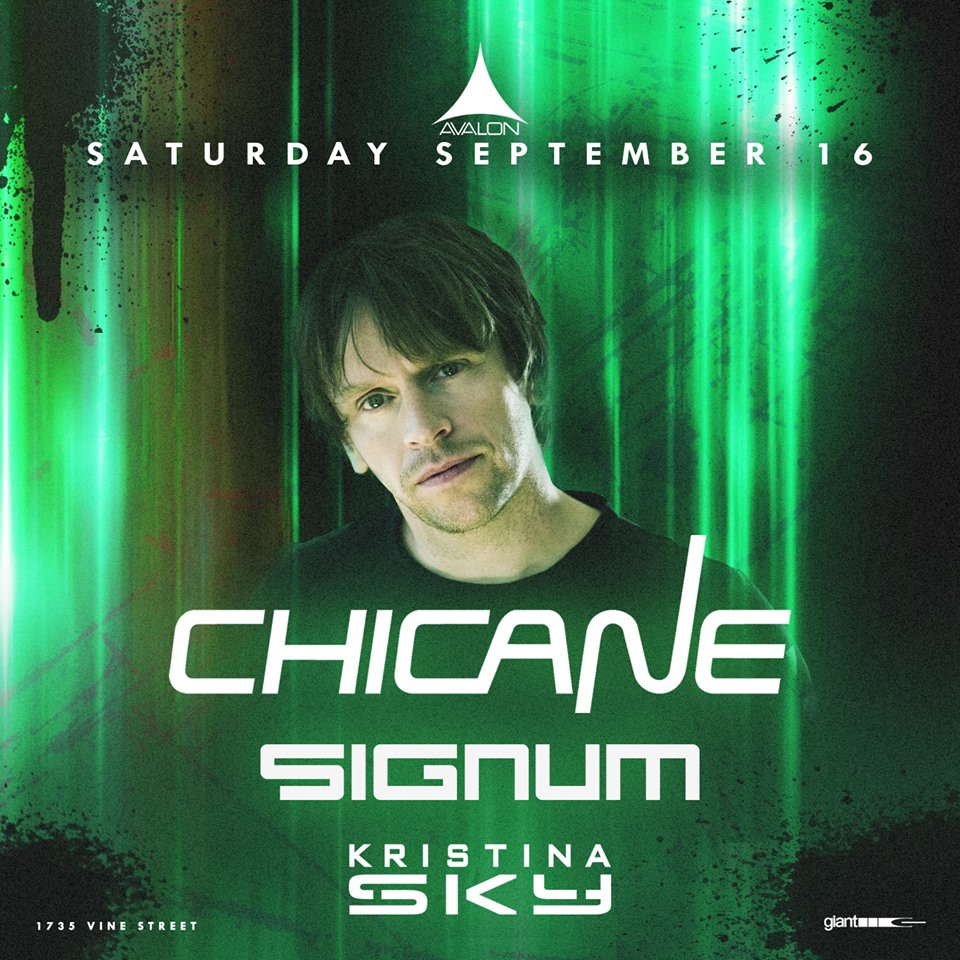