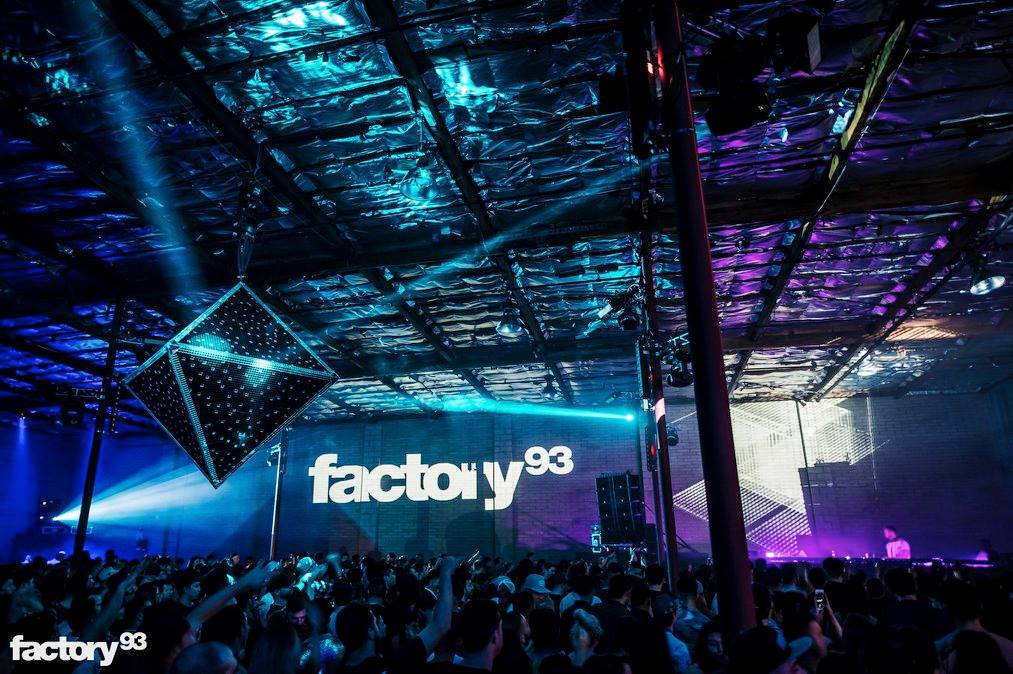 Over the course of two nights, Eric Prydz blew my mind and solidified his spot in one of my top artists of all time.

The story of Eric Prydz at Factory 93 doesn’t start on that Friday night though, it really began with the fiasco that was the original sale of tickets. Rarely, if ever, have I used Resident Advisor for their features beyond event listings, and this sale proved to me why I probably never will again for a major act. Now, I wasn’t thinking I’d score some of the tickets on the first tier, but when the clock turned over and it was time to purchase tickets for Saturday…it was pure insanity. You can blame it on an overloaded site, or perhaps that the ticket limit was set at four, or maybe even the fact that there was literally no stopping those using automated tools from getting tickets. I don’t really know what happened, but the tickets I had in my cart apparently weren’t set to the side, and people who worked faster than the speed of light forced the tier to sell out before I could even begin to type my credit card information. It was incredible, and devastating at the same time. Were there really that many Eric Prydz fans? I figured there would be, but when my story was echoed by many others…something was awry and tickets were already triple on Stubhub.

The stream of cries out by fans was quite strong, and in response, a second night was added to accommodate the clearly massive demand. With the second date came the second sale, and cue the same situation all over again just days later. At this point, some people had simply given up. I’m not actually sure what Insomniac could have done in that situation outside of adding a second day. It was clear to me though, based on the way that those sales went, that Resident Advisor needed to go. It may have worked for certain artists or events in the past, but once the pressure was on it was pretty evident that they needed to be dumped in favor of another ticket seller. I think that the last, stabbing feeling came just days before the event itself…when tickets mysteriously became available on the site. It was like adding insult to injury there for many who had stressed about, or even overpaid for tickets to the event from third-party sellers. The other complaints came from those who did actually score tickets for Saturday and were disappointed that a second show was added as it would make the evening less magical. But, enough of the negativity that happened then, and more about what really kicked off my April and turned it into a fantastic one.

As we neared the day of the event, my anticipation for the evening grew. Seeing as I already loved Prydz, and that was just reinforced in the weeks before, during Miami Music Week, I couldn’t wait. I actually made a conscious decision to try to do something special surrounding these two shows, and that was to introduce two people who had never seen him before to the magic that is Eric Prydz. Fast forward to Friday, we departed San Diego late, thinking that we wouldn’t hit any traffic en route to the venue. Of course, we were wrong, and nearly three and a half hours later we arrived at the venue in just enough time to catch the opening of Pryda. I brought my friend Sami, who had never seen Eric Prydz live before, with me for the adventure, and I was stoked to see her reaction to the set. Angel was with us as well, and he would be making the trek back up with me the following day for round number two.

The venue itself was the most packed I had ever seen it, ever. In fact, the light rain outside was a welcome addition because the humidity inside was borderline too much. It was insane to see how much atmosphere was inside, as lights and lasers couldn’t even make it to their opposing walls, and with the bodies moving together with the beat…it was just something else. Musically, I loved every minute of the set that Prydz dropped that night. I will be the first to admit that I am not a tracklister. I can’t sit there during a set and spout off the name of the ID that he is playing at that moment. I have a lot of respect for those fans who can do that, but it just isn’t who I am. Because of that, though, I do feel that my take on the set is a bit different from those who are looking for specific tunes or IDs to be played. What I did notice was the interlacing of tracks that weren’t specifically Pryda, but also from his alias Cirez D and of course under the Eric Prydz moniker too. Throughout the night he also played tracks that weren’t necessarily his own, but fit the vibe of the night and venue and were a welcome addition to my ears.

Heading outside to mingle wasn’t a bad alternative, as the beats traveled well and the weather wasn’t too bad. I noticed they had a new food truck, as well as some other options to chow down on. The food and drinks though, were still pretty high budget-wise, even for festival or event pricing. This isn’t so much of a problem, as it is a caution to those looking to attend in the future, I would highly recommend eating well beforehand and maybe even grabbing a drink or two to save some dough. We spent the rest of the evening exploring the dance floor and actually hanging out inside the opening room far more often than the main room. Why? Well, the sound was a bit better in there, you could still see the minimal production inside the main room, and it was about ten degrees cooler overall. Now my secret spot is out for the world to see, but this would be a spot that I would return to the following night, and I definitely don’t think I missed out on any of the action being there. At one point I looked at my watch, and dreading the two or so hour drive home to San Diego, we decided to call night one a bit early. Sami’s mind was blown, everyone was content. No regrets, because we had danced our way through most of the set, and of course round two was in less than 24 hours.

Leaving a bit later on Saturday, we actually hit little to no traffic on the way up to the venue. This night I would be bringing my friend Kuron, who not only had never seen Prydz before but had also just moved to San Diego from Philadelphia. I figured it would be a good event to kick off his Insomniac experience, and boy was I right. Meeting up with some other friends at the venue, it was just like attending raves a few years ago and running into old friends throughout. Much akin to the night before, the heat inside the venue was a bit much at times, and we continually found ourselves outside and in the opening room to cool off. I had a blast dancing the night away, and the set to me was an entirely different arrangement than the night before. Perhaps there were some tracks or transitions that carried over between Friday and Saturday, but that wasn’t something that would just ruin my evening outright.

Something I love about Factory 93, is that the time really does slip away from you over the course of the night. One minute it is midnight, and the next time you look down at your clock it’s already 2am. I don’t even think I would have noticed if it wasn’t for the bars, which all began to shut down and prompted me to think for a second. The music had truly taken over, I was completely entranced, and that is something you don’t really get at a club or festival more often than not. As the night progressed, so did Eric Prydz’s set, as he masterfully toyed with our eardrums. I would say that on both nights the music didn’t really get going and make me move until an hour or so in, which is something I truly appreciate in an era of short sets. The production stunned me as it did the night before, and I felt that the lasers really came out in full force on Saturday. Perhaps I just missed them at times on Friday, but they were definitely more pronounced in my memory on night two. Looking at my watch one last time, the countdown to the end of the night was upon us. We just couldn’t leave and instead waited as long as possible until the very end. I regret not booking a room for the weekend because that drive home is pretty exhausting, I’ll crash out somewhere next time for sure. Regardless though, I left a happy camper, knowing that this would be my last time seeing Eric Prydz in a long while. When I asked Kuron what his thoughts were, he mustered up a “wow” and it was clear that he understood, or at least was beginning to understand, why Eric Prydz is a true master behind the decks. Mission accomplished.