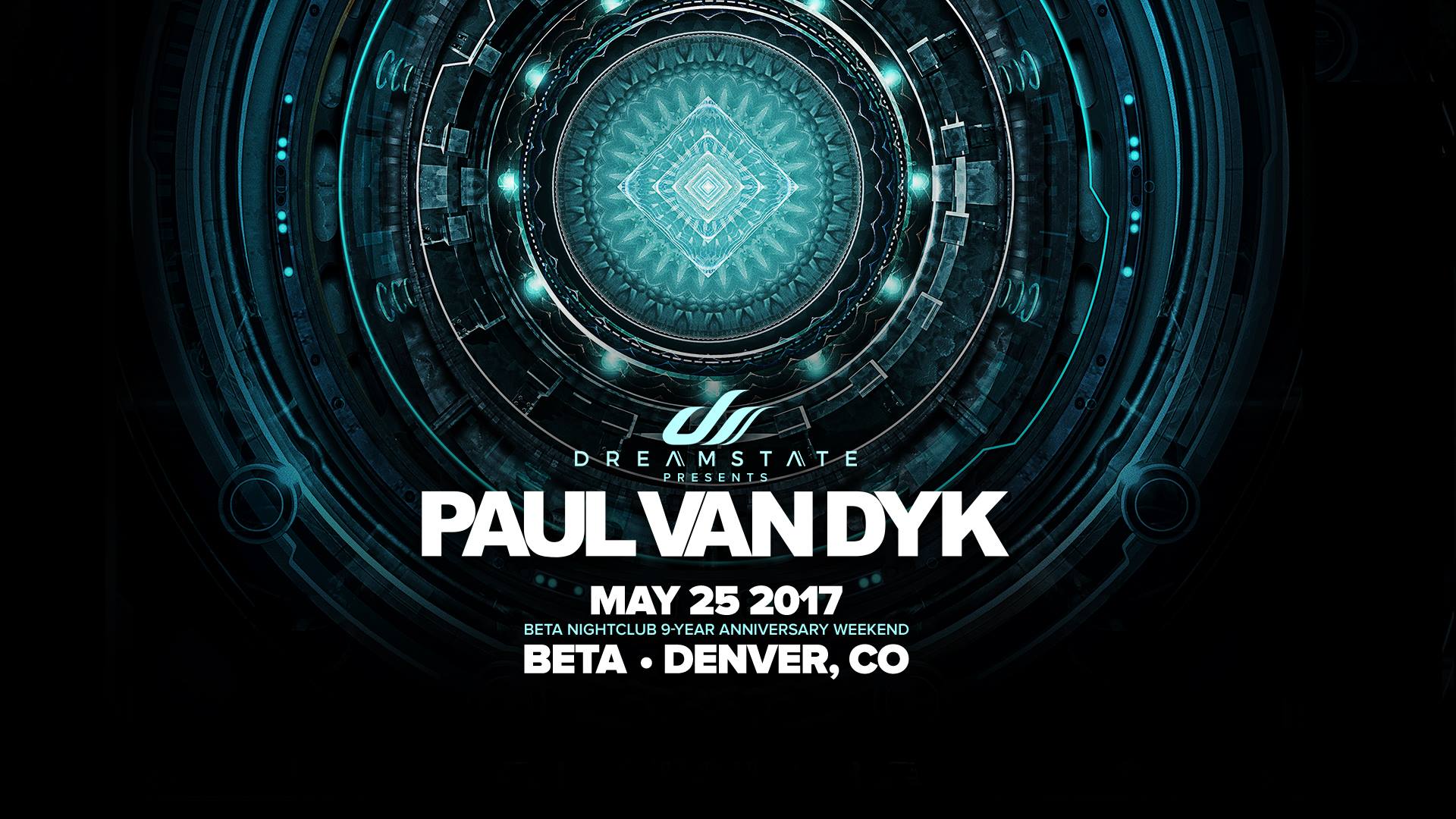 The Mile High city plays host to Dreamstate on May 25, 2017 as Paul van Dyk brings his signature trance sound to Beta Nightclub!

Insomniac Events’ Dreamstate kicked off their inaugural festival in November 2015, providing for fans a blend of exceptional trance music and the spectacular festival experience with which Insomniac has become inextricably associated. Less than two years later, Dreamstate announced Dreamstate Presents, their first club tour. Headlined by Paul van Dyk with support from an incredible roster of trance DJs on stops throughout the country and spanning twelve cities in one month, this tour is set to bring the Dreamstate experience to fans in cities who have longed for the experience since the start of these events.

Denver fans were pleasantly surprised to see a date planned in the Mile High city, and the Denver stop on the Dreamstate Presents Paul van Dyk tour is set to be a very special event, indeed. Hosted in conjunction with Beta Nightclub and Global Dance, the evening’s festivities are also a part of the local mainstay’s 9th Anniversary Weekend celebrations, set to span the full weekend with a variety of artists and genres on the bill. On the Thursday of Memorial Day weekend, the legendary Paul van Dyk and local artists Adam Stark + Ston3 and ROBO will take to the decks for an unforgettable evening of trance. This is not an event to miss – I hope to see you on the dance floor!

German-born trance pioneer Paul van Dyk has been a dominant force in the scene since he started mixing in 1988. His reputation precedes him – he won a Grammy Award for his work on The Dark Knight soundtrack and was nominated for another for Best Dance/Electronic album for 2003’s Reflections. He was named World’s Number One DJ in 2005 and 2006 and number one by Mixmag in 2005. He’s also an incredibly prolific producer; to date, he has released seven studio albums and twenty-nine singles and sold over three million albums worldwide The mark he has made on the electronic music world is indisputable.

Perhaps the most incredible thing about Paul van Dyk is that after all this time, he is still going strong. His recently released single “Touched by Heaven” has the makings of a trance anthem, and was inspired by life, a topic that’s been heavily on his mind since his accident last year. The Dreamstate Presents tour will be his first official major tour since the accident, and we cannot wait to see what tricks he has up his sleeve.