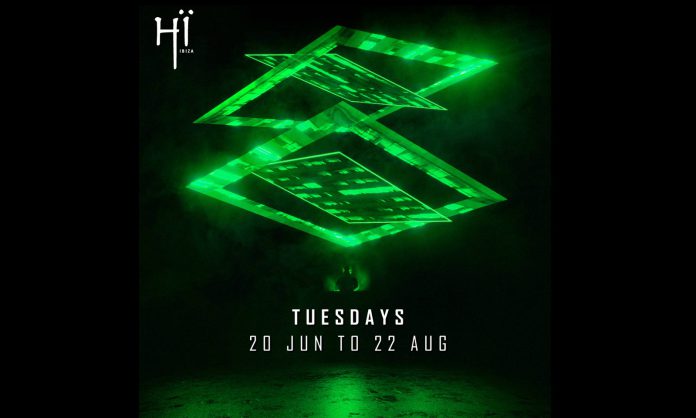 So… there’s that moment when the holdout decides to take his creative efforts to a night club on the world’s biggest party destination for the first time. And for Eric Prydz, that time is now.

Eric Prydz, who has been a bit out of sorts with the white isle over the years, has decided that its time to take up a chance with a brand new platform.  His decision sets him in one of the locations of fame on the island – the former home of Space – at the brand new venue of Hï Ibiza.  It will be very interesting to see what the venue brings to the island in its first year.  Hï Ibiza, of course, replaces one of the island’s most famous icons and brings a bit of a different feel to the Ushuaïa Entertainment philosophy. Eric though has revealed a few tidbits of information about what he has in store for his first Ibiza residency.

For one, Eric is bringing a large swath of top talents with him as he hosts Tuesday’s at the venue.  It all kicks off for Prydz on the 20th of June and rolls on every Tuesday until 22 August, when the residency shuts the doors.

On top of that, in his own words, Prydz shows his excitement to generate something new.  Check out his full comments on the Facebook post below:

In the post, he listed off a smattering of guests he’s bringing along, which include: Kölsch, Pig & Dan, Catz ‘N Dogz, Agoria, Tube & Berger, Mathew Dear, Dusky, and Cristoph.  More will undoubtedly join in the fun on the island.

Eric joins a small assortment of other announced parties at the venue that include nights hosted by Martin Garrix (called Multiply on Mondays, set to occur 11 times) and South African DJ Black Coffee (hosting 18 Saturdays at the venue).  Glitterbox is another themed night that will take place at Hï Ibiza on 16 Fridays over the season.

Are you heading to the white island and need to score some tickets? Tickets for Eric’s night at the venue are already on sale and can be found here!

Excited for the announcement? Maybe you’re surprised? Let us know your thoughts in the comments below!