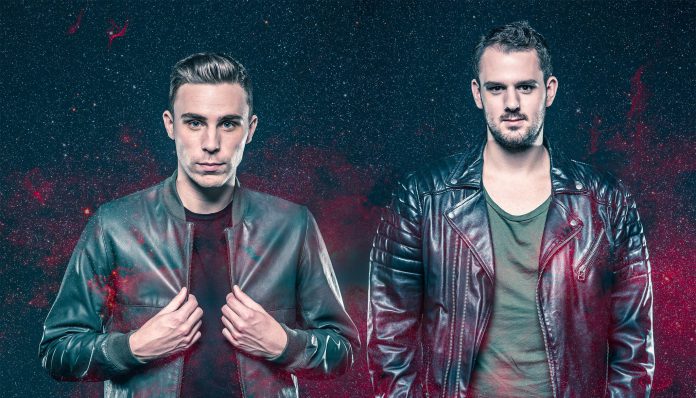 With the flood of producers returning to trance, will W&W be heading back to their roots under a new alias?

It’s been a long time since W&W has been known for something directly involving trance, and their jump to big room house really turned many fans against them. Let’s take it back really quick, for those of you who aren’t well versed in the saga that is W&W. Joining forces in 2007, they released multiple trance tracks over the years, including many collaborations with notable artists like Mark Sixma, Ben Gold, and Ummet Ozcan. In 2011, they even released an entire album, Impact, on Armada Music that was also well received. Fast forward to 2012, when they struck gold with hit tracks “Lift Off!” and “Invasion”. Of course, if you’ve followed A State Of Trance, you’d know that “Invasion” was also the anthem for ASOT 550 too. But the words “W&W” and “Trance” were numbered.

As the tastes of the electronic music scene changed, so did W&W. They weren’t alone, for what it’s worth, as others fled right along with them. Names like Ummet Ozcan, Tritonal, and others jumped to more popular genres too. By 2013 they began pumping out big room house hits that still were getting dancefloors going but forcing many older fans to choose between accepting their new sound or leaving them behind entirely. To their credit, they’ve gone on to see success in the big room market. “Bigfoot”, “The Code”, “Rave After Rave”, and more have all gone on to become hits…but it still stings that they left the trance scene behind.

You might be asking yourself right now…”Why did I just read a brief history of W&W?” Well, your answer is below.

Yesterday, Ultra Music Festival released the second phase of their lineup. Included in that list were many names and even some aliases too that I wasn’t expecting to see. Alpha 9, the old alias of Arty led the charge, and I was excited to see “Sander Van Doorn brings you Purple Haze” too. Being an active social media enthusiast, I was messaged a link to a post from one of the Ultra groups on Facebook with an interesting theory unfolding. It was brought to my attention that on the lineup post on facebook, someone had asked the question “Where is W&W?” and Ultra’s Official Facebook commented, “Look Closer… ;)”. The comment from Ultra, which has since been deleted, sparked my interest and many others though. The masses began to check one by one, but it clearly wasn’t there in plain sight. One name that wasn’t ringing any bells as an actual artist or alias was though…NWYR.

So away I went in my mission to figure out if perhaps this was some secret alias that an artist like W&W could use. I crosschecked all the names of other artists to a variety of sources just to make sure I wasn’t missing something, yet still, nothing could be found. That’s when the digging began, I started scouring W&W socials for any hint or sign that this was the case. I could only really source a comment in which they stated “Chill guys, got tons of new music coming!! Even for the Trance heads out there ;)”. So the search continued to look at figuring out who NWYR was and I found it to be more baffling than ever.

How could NWYR, an artist who has nothing of any sort published, end up on the lineup for Ultra Music Festival?

It clearly HAS to be someone using an alias, but who? The artist profile on Ultra’s own website is lacking in any information about the artist outside of the logo. I stumbled upon the Facebook, Twitter, and SoundCloud, all of which were fresh accounts. The Facebook Page provided the first hint at NEW YEAR, and the SoundCloud placed their location in the Netherlands…curiously where W&W calls home. Unfortunately, after this, I hit a wall and the information really stopped there. I can point out the fact that there are two heads to the dragon and W&W is a duo, too, but honestly, we can only guess at this point.

Could it be someone else? Sure. Could it have been an intern’s mistake on Facebook? Of course. Maybe we’ll end up seeing the name W&W show up on the Phase 3 lineup in March, or have another artist squash these claims and step forward as NWYR, who knows. But until then, anyone’s guess is as good as mine, and I’ll subscribe to the idea that it is W&W returning to trance under a different alias.

Who do you think NWYR is? Do you have any information about this mysterious artist? Leave your thoughts in the comments below!