Live in Las Vegas and looking for some fun this weekend? Look no further than Collective Zoo’s three-week party series, Zoology. Now entering its second week, Zoology will be taking over the Downtown Las Vegas Events Center on January 13th, attendees will enter a 20,000 square foot venue transformed into a world of wildlife and great beats. The series has been great so far, featuring both house and future bass vibes that provided a unique atmosphere. Taking the stage at the final edition of Zoology are Shiba San and Will Clarke. In support to close out the three-week series will be 530, Spacebyrdz, and Gabriel Diatone Hernandez!

If you love house music and haven’t heard Shiba San‘s hit track “Okay”, then perhaps you should get your ears checked. The tune was a massive hit and has been played out by many other artists since it’s release. Shiba San is known for his heavy hitting sets that really get dance floors grooving, so don’t sleep on him this week! Will Clarke is also a name that many have grown to love over the years. He stands out in the crowd with his epic beard and is coming in hot after a performance on Holy Ship! earlier this month. Both of these Dirtybird Players will tear the house down as Zoology comes to a close.

Tickets are only $20, but if you plan on attending more than one show you should definitely get the Season Pass! Details about the event are below.

Collective Zoo’s Zoology is a three-part event series that brings a collaboration between them, MNTRA, and Funkhaus Productions to Downtown Las Vegas. This one-of-a-kind event series will be bringing some epic beats to the Downtown Las Vegas Event Center. On January 6th, 13th, and 20th, the massive, 20,000 square foot venue will become a wildlife kingdom. Attendees will enter a different world full of characters, decor, and production level that will set them apart from the megaclub atmosphere that many are looking to escape from. If that isn’t enticing enough, Zoology will feature an OPEN Bar from 8pm to 9pm each week, so make sure you arrive early and leave late! 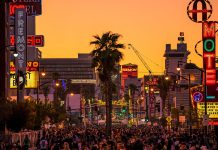 Life Is Beautiful Cancels 2020 Edition Due to Coronavirus Pandemic 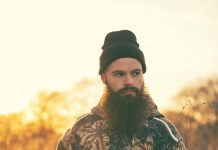 Will Clarke Chats About His Musical Evolution and New Label 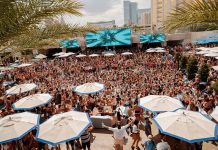