Avalon Hollywood is the place to be this Halloween weekend. This Saturday, October 29th, Avalon will be playing host to Grammy-nominated powerhouse DJ/Producer Dirty South.

Serbian-Australian DJ and Producer Dragan Rognovic is better known in the music world as Dirty South. Under this moniker, he has been nominated twice for Grammy and ARIA award, toured the world to play massive festivals such as Tomorrowland and Creamfields and released many hit tracks that have appeared on Beatport and iTunes charts. He began producing music when he was 13 and was quickly signed to Vicious Vinyl in 2005. Since then he has achieved numerous feats, including being the first Australia to win one of Pete Tong’s Essential New Tune awards. Additionally, he does more than DJ and produce. In 2014, Dirty South wrote, shot and direct a short film entitled, “With You,” which he entered and screened at numerous film festivals. 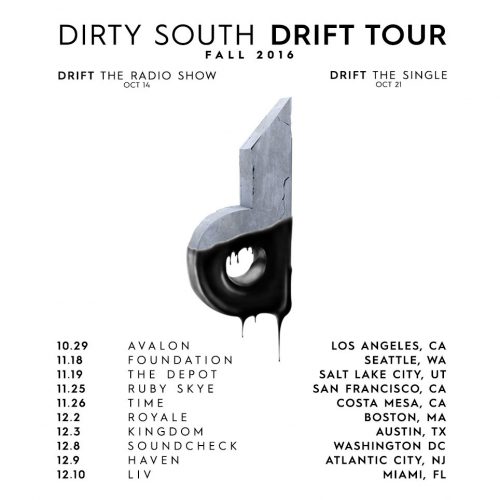 His Avalon set will be the first in his “Drift” tour and Dirty South is a multifaceted superstar DJ/producer who is sure to put on an amazing set!