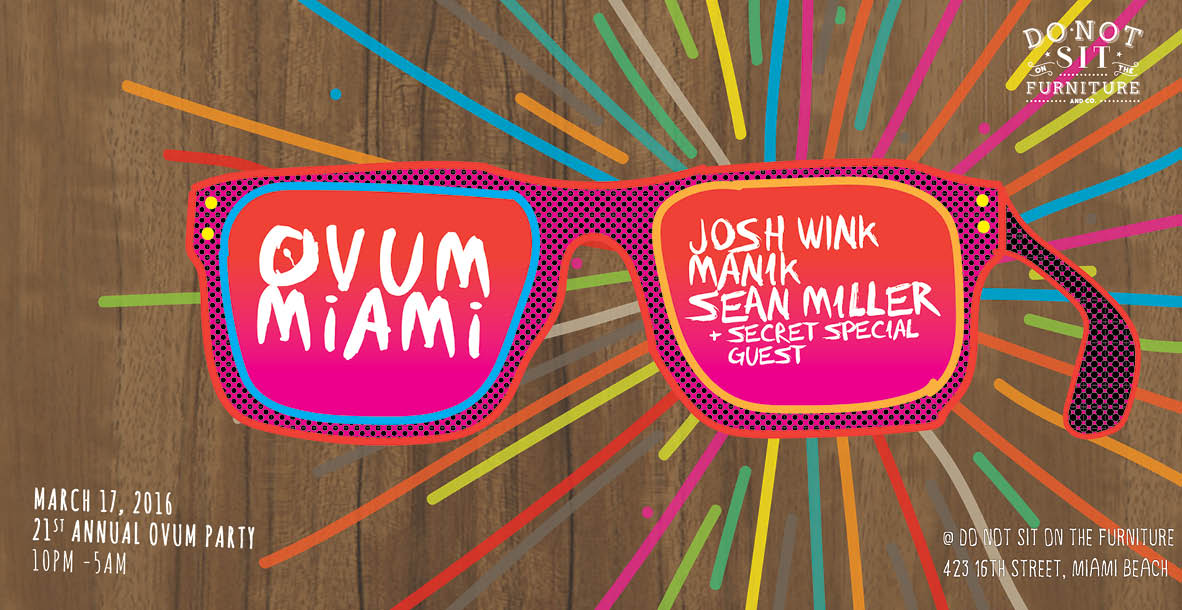 On Thursday March 17th Philadephia producers Josh Wink and King Brit celebrate the 21st anniversary of their label, Ovum Recordings. Ovum is responsible for techno and house acts such as Loco Dice, Nic Fanciulli, and Steve Bug, among others. The event is taking place at Do Not Sit On The Furniture during Miami Music Week. The 21st annual Ovum celebration is headlined by Wink but also features MANIK, and Sean Miller. Last year Loco Dice killed it as the surprise guest so we can only imagine who will surprise us this year!