Laidback Luke has just announced the lineup for Super You&Me, his event set to take place during Miami Music Week at Story Miami on March 15th. The list of artists performing at the event is super diverse including some huge names such as EDX, Shiba San, and Destructo.

The first tier of tickets has already sold out, but general admission tickets can still be purchased here.

The full lineup consists of: 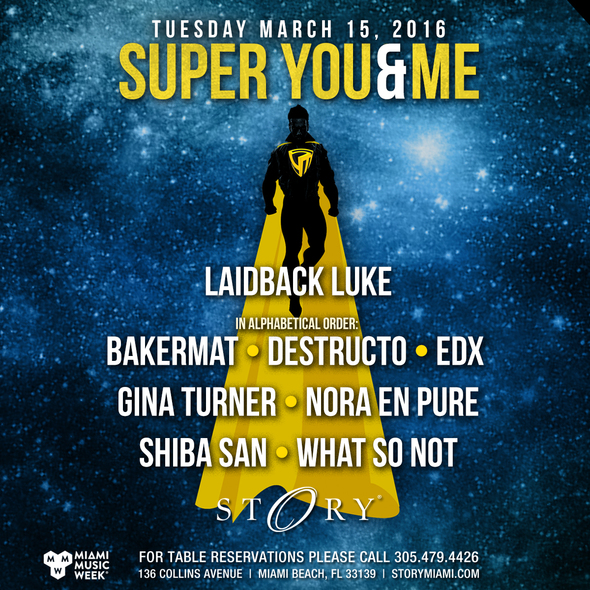 If it’s music’s prerogative to change with the times, Laidback Luke is the master of evolution. The one time Chocolate Puma protégé turned Dance Music heavyweight has a two-decade track record of doing things his own way, keeping versatility at the core of his every move. He’s inspired the masses, rewired a worldwide passion for dance music and set a new precedent for fan interaction along the way. Add a who’s who list of collaborators, remixes, global live credentials and a side line in professional Kung Fu and there is still no rarer breed of superstar DJ than Laidback Luke.