Insomniac has just released the lineup for Beyond Wonderland SoCal. The lineup is very diverse including huge names such as Carnage, Dada Life, Datsik, Bryan Kearney, Seven Lions, and more. Insomniac announced that they would be hosting a Dreamstate stage and Bassrush stage this year at the event on their website. On Friday, the Dreamstate stage will be present. It seems from the lineup that they’ve added some huge names to the stage such as Paul Van Dyk, Gouryella, and Pure NRG. On Saturday, the Bassrush stage will hit the grounds.

Beyond Wonderland is set to take place on March 18th and 19th in San Bernardino, CA at the San Manuel Ampitheater.

Tickets are still available for the event and can be purchased here. 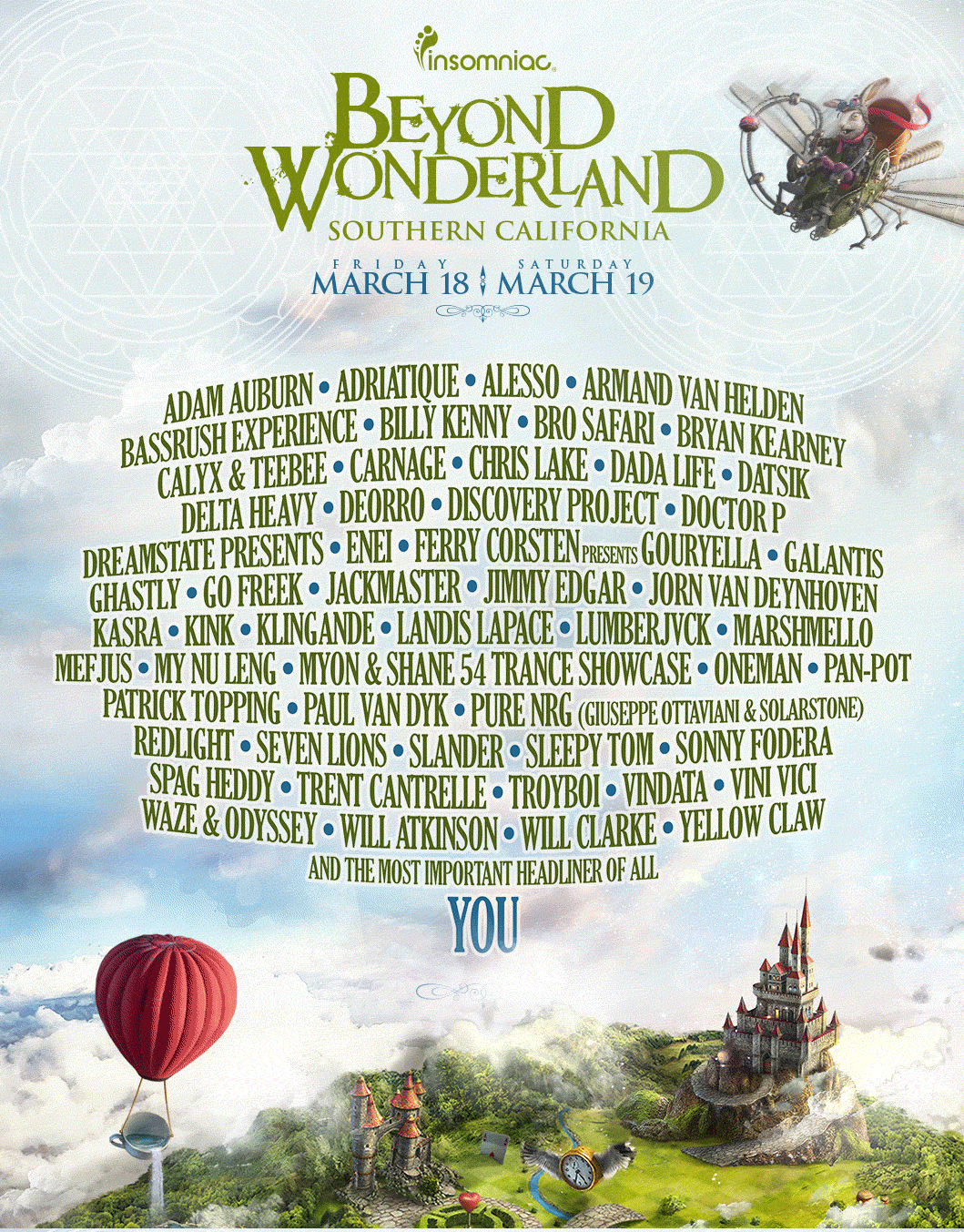 Will we be seeing you at Beyond Wonderland SoCal? Tell us in the comments below!