Henrix has released a new track today, “Big Spender“. Putting his own spin on the 1966 classic hit from the musical Sweet Charity, Henrix remixes the original track throwing in some huge basslines while still including some captured moments from the original song.

Speaking of charity… Henrix has released this new track to the public to download completely free! You can download it here.

Seemingly coming out of nowhere, Miami-based Henrix capped off 2012 with two tracks in the A.D.E. Buzz Charts and managed to start off 2013 as being named one of the 2013 Artists to Watch by Dancing Astronaut, Fresh New Tracks, and The Beat Mill. With his unique style of production that embodies percussive drops and massive melodic breaks; Henrix has managed to establish himself as the quintessential ‘Sound of Miami’ and shows no signs of slowing down this year as he takes that Miami sound to BIG releases on SIZE RECORDS, Mixmash, Universal Republic, and more. 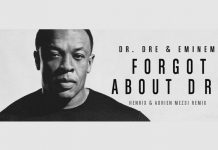