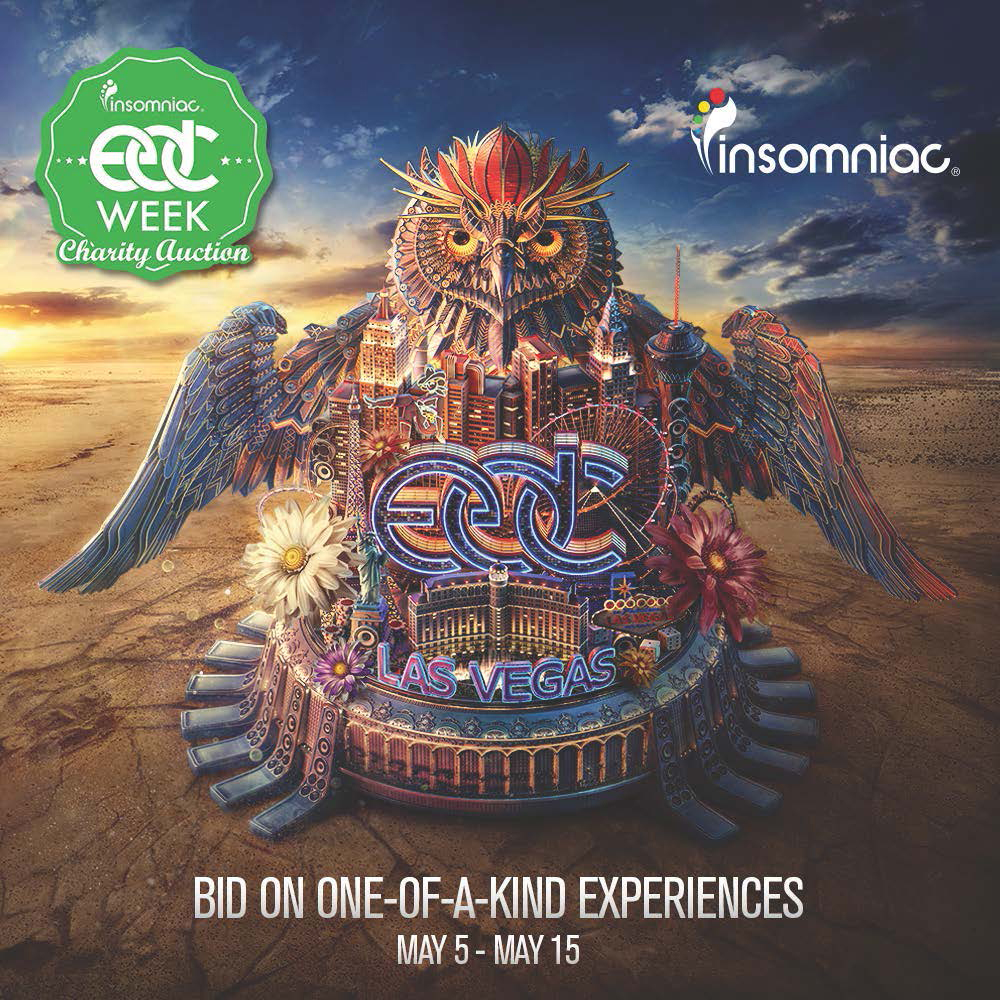 Insomniac and dozens of EDC Las Vegas partners – such as the TAO Group, Maverick Helicopters, MGM Resorts International, Hakkasan Group, the Las Vegas Motor Speedway, Hard Rock Hotel & Casino, SLS Las Vegas, Life Is Beautiful Festival, Blue Man Group, the LINQ, Interscope Records, and many more – have come together to curate more than 50 unique experiences as part of the first-ever EDC Week Charity Auction which will benefit Culture Shock Las Vegas.  The goal of the auction is help a worthy cause while providing dance music fans unparalleled access to the EDC Las Vegas music festival, the artists and the events surrounding it.

The auction is the vision of Insomniac Founder and CEO Pasquale Rotella who had this to say,

“Our fans have an incredibly generous spirit and so much passion for the music, that it makes perfect sense to give them special access to the festival, its artists, and dozens of exclusive events in the name of charity,” said Rotella. “Culture Shock’s message of positivity and community aligns perfectly with the spirit of EDC, and I’m so glad that we can offer one-of-a-kind experiences while bringing attention to an organization that is doing amazing work in Las Vegas.”

Below is a list of the more than 50 unique festival-related experiences that you can bid as part of the EDC Week Charity Auction by heading to Ebay.com/Insomniac! The 10-day online auction starts today through Friday, May 15th at 9 am PT, with bids beginning at just $0.99.