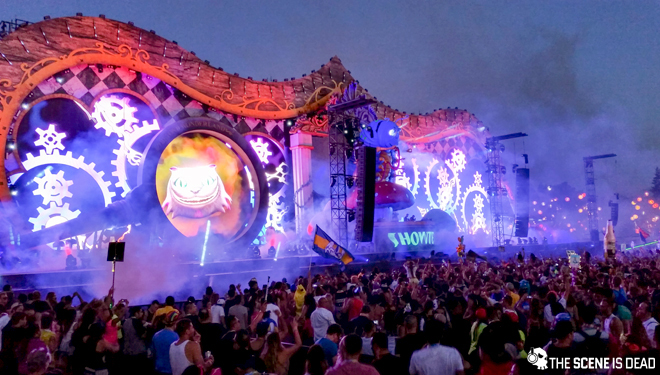 Originally posted on October 10th, 2014 on The Scene Is Dead. Click HERE for the original story!

Outside of a stellar lineup featuring some serious trance and house acts, as well as my experience at the 2013 installment of the event, I had no idea what Pasquale had in store for the Insomniac faithful at Beyond Wonderland Bay Area 2014. The anticipation mounted as we left our hotel and headed towards the Shoreline Amphitheater, surprisingly there was little to no traffic and we got into the parking lot smoothly. Walking towards the venue we could already hear the music that the opening artists were playing, and people were already dancing in line for the event itself.

There was a serious change in the layout of the event this year expanding into one of the parking lots the Cheshire Woods was now closer to the main entrance and the Mad Hatter’s Castle was repositioned. These changes allowed for a better flow of people, more room at the stages themselves, and provided little to no sound bleed. The stages themselves also went through modifications and changes from the prior year. While retaining the caterpillar being the central focus of the Queen’s Domain, the rest of the stage went through serious upgrades and used dual visualizers on each side. The Cheshire Woods seemed completely reimagined and almost had a feel of watching the DJ play from the inside of a UFO, pretty rad in my opinion. The Mad Hatter’s Castle was smaller than last year but reminded me of the HARD Stage at EDC 2014 on a smaller scale. It was somewhat basic but the artists that were playing that stage don’t need the visual shock and awe because their music does that for you instead. Finally, the Boom Box Art Car was a new addition this year, replacing the Wide Awake Art Car. This stage definitely brought a unique, personal vibe with it as you could be feet away from any of the DJs who were playing inside of the boom box’s tape deck. 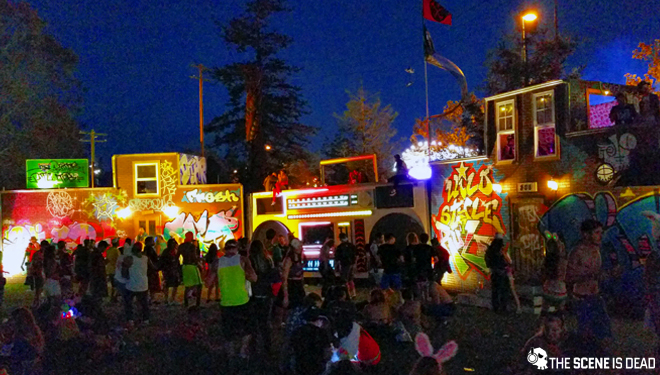 Vendors were spread throughout the venue selling a variety of food and drinks, there also was the added bonus of a full bar by the main entrance. Closer to the bathrooms by the Mad Hatter’s Castle was a section that was full of different food trucks from the area, bringing in some added flair and unique tastes that you don’t find at a normal festival. I’d also like to note that the prices for food and beverages did not break the bank, in fact they were priced reasonably cheap compared to most any event I’ve been to at a venue. Free water was provided as Insomniac wants us to stay hydrated and it was blazing hot during the day so we definitely needed it. I do wish there was a secondary refill station though, the central placement was fine but the area it was in was sometimes impossible to navigate during peak times. They introduced a new art installation at this year’s event, the One-Eyed Monster, also in attendance were the Tentacles and the Lily Pond. All three were pretty awesome, but I do think that there could have been something placed near the Cheshire Woods to even out the venue and give us something more to do by that stage. 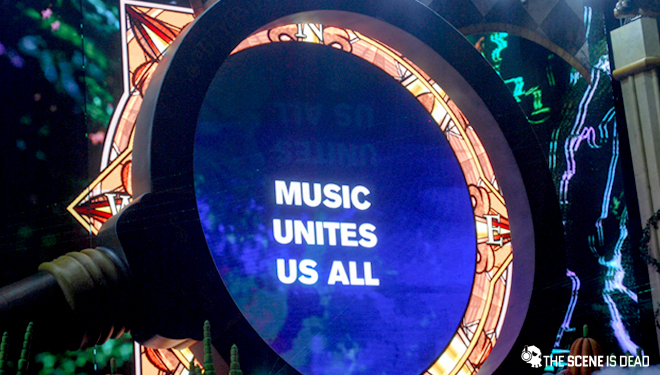 The lineup this year was huge, and I was impressed by every artist that I stopped to listen to. The crowds at the Queen’s Domain were enormous for artists like Dada Life, Kaskade, and Showtek. PROTIP: If you look at the back of the crowd and then just stop moving, you’re missing out on all the room you want to dance the night away if you just moved up a little bit further to the left side of the stage. One of my favorite sets of the weekend was House Legend, Donald Glaude, who was killing it at the Mad Hatter’s Castle on Saturday. One of the most impressive things I saw was during Showtek’s set at the Queen’s Grounds, when they legitimately had the entire crowd dancing. It was pretty insane looking out at the ocean of people moving to their hardstyle-influenced big rooms bangers. After a slight technical difficulty during Above and Beyond’s closing set, in which after they wrote on the visualizer “There is magic in the air tonight”, they pulled out an amazing set as well. One of the coolest parts was that they mixed in the music videos of their most popular songs on the visualizer and used those to create an even cooler atmosphere. Kaskade closed out the Queen’s Grounds on the second day. He played a very festival centric set, and the crowd was clearly enjoying themselves as well. 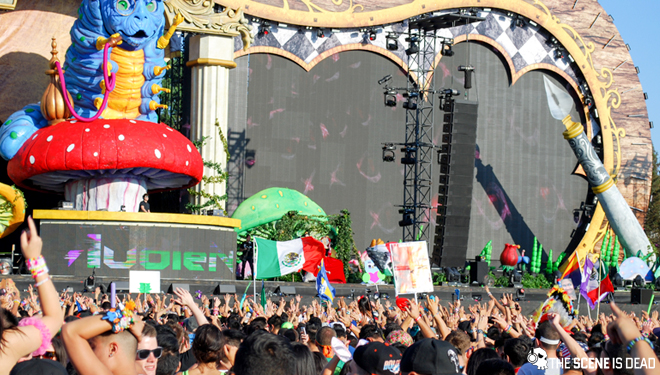 One thing that I noticed on social media during and after the event is something that I’d like to address here too. As much as you may or may not have read about there being “bad vibes” or rude people in attendance, I definitely did not have an experience close to that. Sure, I was pushed by once or twice and there were some people who were definitely rude to me and my group, but the vast majority of people who I encountered happened to be really nice. Remember that you are in charge of finding happiness and fun at the events you attend, and that a negative experience with the crowd can usually be fixed by moving to a different location at the stage. 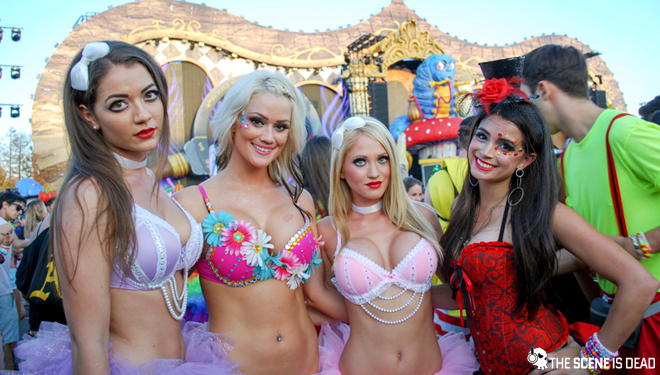 All in all, I had an awesome time this year at Beyond Wonderland Bay Area and I hope you all had just as much fun as I did. Pasquale and the Insomniac Team really brought together an amazing show and I can’t wait to see what they have in store for us this Halloween at Escape: All Hallows’ Eve!