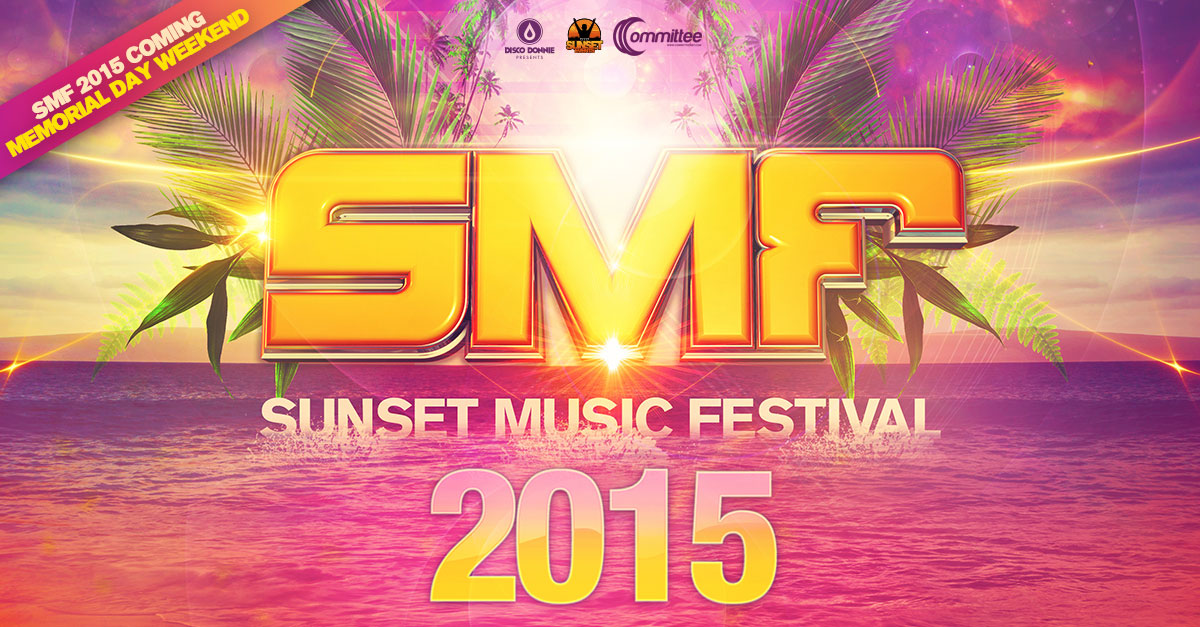 Looking for a festival for Memorial Day weekend this year? You don’t need to look much farther! Sunset Music Festival has just announced their epic lineup for 2015. The festival, hosted by Disco Donnie, Sunset Events, and Committee Entertainment, will take place on May 23rd & 24th in Tampa, Florida at Raymond James Stadium.

SMF was founded in 2012 and has grown from originally being a one day to a two day event hosting over 50,000 attendees in 2014. This year, event creators estimate a total of over 60,000 attendees over the course of the weekend. The festival goes from 2 PM – midnight.

Full lineup can be seen here: General admission two day passes are restricted to 18+ and are selling for $168.

Tickets are still available and can be purchased here.