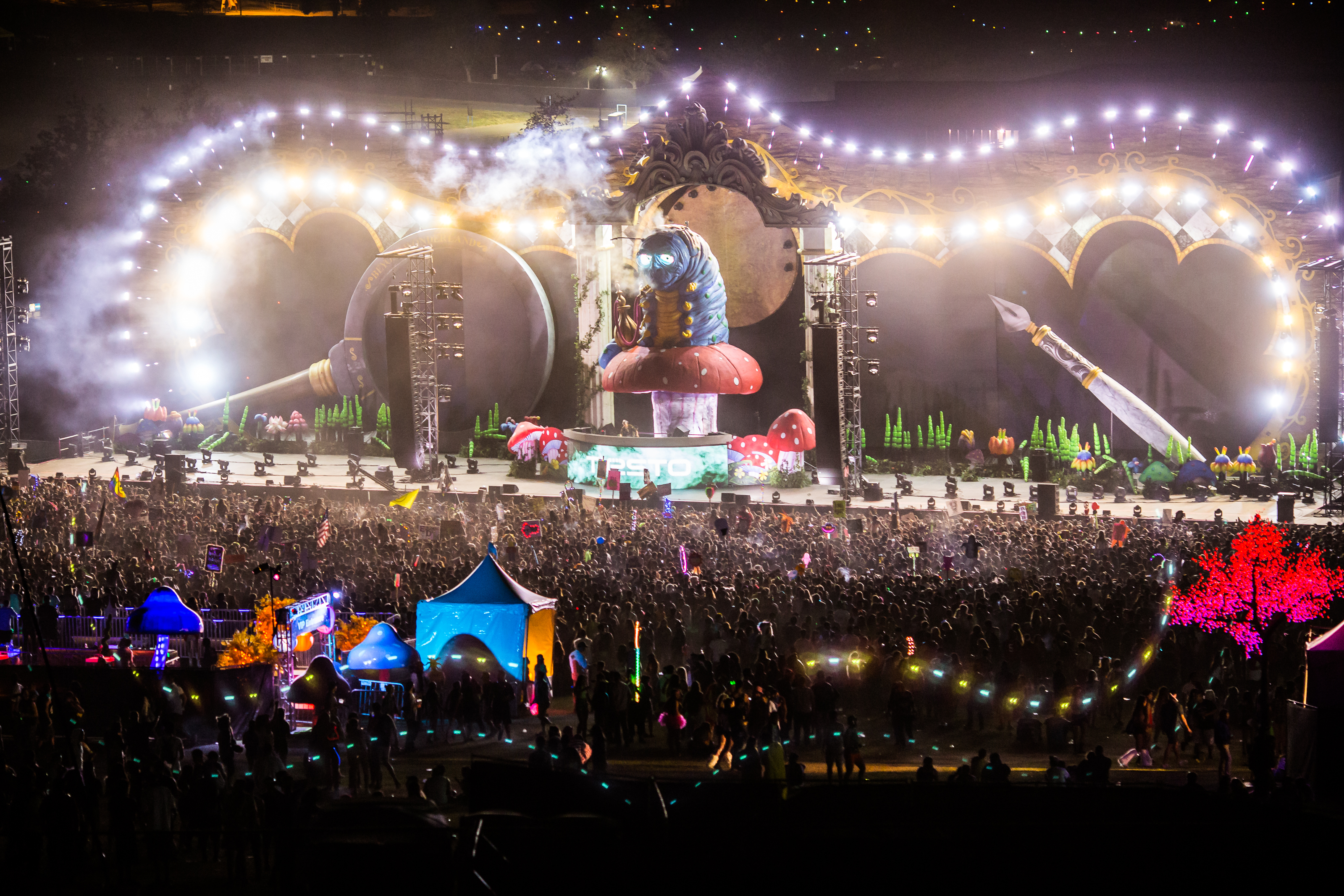 Beyond Wonderland SoCal 2015 has come to a close. Campers have all packed up and memories have been made. More than 70,000 enthusiastic fans were in attendance as over 60 of the world’s top acts in dance music played across four beautiful stages. Insomniac introduced a new stage at Beyond Wonderland, called the Funk House. The colorful 360-degree stage structure was built entirely out of found and recycled materials. A soundtrack of throwback Disco, Funk and R&B hits was spun all weekend. The Funk House acted as a tribute to the funk themed rooms that were once an ever-present staple at Insomniac’s events of the early 90s.

The classic Beyond Wonderland Sparkle Bunnies and the new Royal Roses, inspired by the garden of the Red Queen from Alice in Wonderland, greeted festivalgoers with smiles. Otherworldly art installations were scattered across the festival grounds including the debut of the magical Dandelion Forest. Beyond Wonderland gave fans the chance to become part of a special community by camping under the stars, adjacent to the festival grounds. Campers enjoyed exclusive access to day time and night time activities such as arts and crafts, yoga, food and beverage options and three nights of Silent Disco that continued far after the event doors closed.