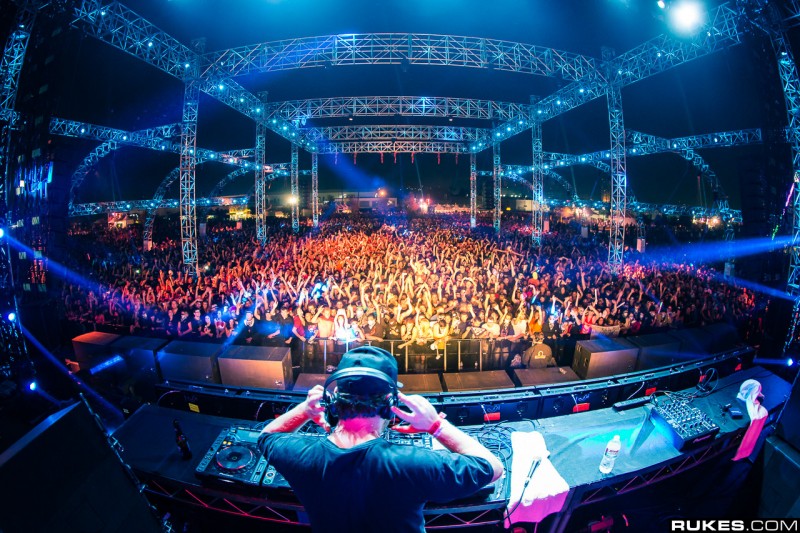 During the past couple years, a phenomenon known as the “sit down” has been sweeping across America, but is it worth all the effort? Many believe that it takes away from the performance, while others like to be part of some big choreographed jump. Either way, from a DJ’s standpoint, it’s one hell of a selfie. For as long as I could remember, the “sit down” originated in Europe and it only reached the states because of its popularity. The first time that I had witnessed it was two years ago by Hardwell at a spring break trip. At first, I was all about it, but then again I was backstage so I saw it from a different point of view. It was only when I went to Coachella the next month that I was able to participate in one. I was hooked.

I attended 6 festivals and 9 concerts that year, witnessing a multitude of crowd involvement “sit downs”. It was only one year later that I had seen a failed sit down. Half the crowd was sitting down, while the other half didn’t care. Arguments arose from those trying to get the ones standing, to “sit down”. Those standing were either over it or were trying to get video of jump at the drop. The struggle to get people down was becoming a nuisance to many.

In my opinion, I believe that it takes away from the performance in a huge way. Not only does it put the set on hold, but all you hear is the DJ yelling at everyone to sit down. Some DJs point out people just to get them to sit. While others wait on the ground for the build up to begin, more and more people sitting down begin to get irritated at those standing because they believe that they are the ones holding up the set. The ones standing believe the DJ is holding up the set. It’s a twisted circle of pointless efforts for just one drop. Even when the beat does drop, everyone seems to forget how to jump at the right time. “Is it jump at the drop, or jump in the air and land of the drop?” Who knows?

There have been other types of crowd teamwork that have prevailed even before the “sit down” was created. Clapping to the beat, waving your hands from side to side, to having the audience sing along as the DJ’s takes out the beat leaving only the crowds voices to keep the melody going. All and more have been used to keep ravers with a feeling of teamwork and art as their involvement helps make for a better performance. But compared to the “sit down”, the time and energy needed to accomplish such a feat just isn’t worth it.

So unless you’re a DJ or someone who just loves the crap out of jumping up as the beat drops, this act of cooperativeness seems to be a dying crowd stunt best left for a synchronized cheer squad.