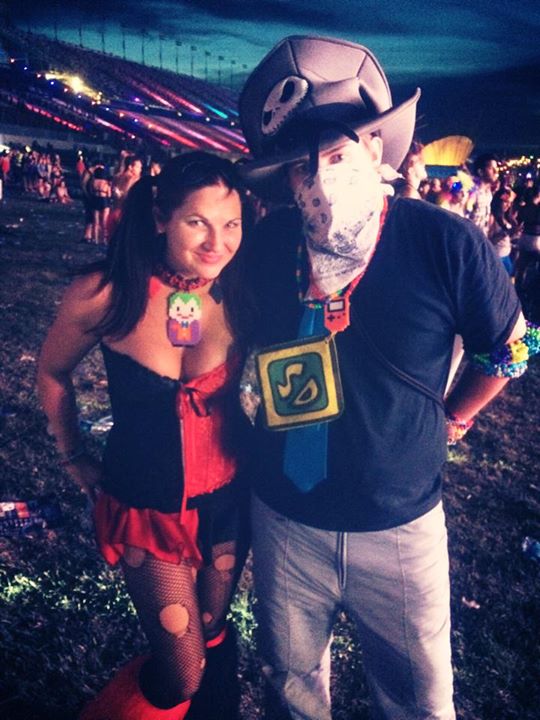 Hello fellow ravers! My name is Chris, my rave name is AcutePuppy, and I would like to share my EDM Identity with you! I first got into the scene about 3 years ago. A friend of mine showed me the lineup to Day of the Dead 2011 and at the time I did not know very many of the artists so I was skeptical on attending. What made the lineup for me was that Knife Party was there and since I listened to so much Pendulum I was sold on going. At that same event my world changed when I first saw Clockwork. That set to this day still gives me chills the sound waves hit me like a wave hits you at a beach and I got lost within the music. Fast forward a little bit to the future and now I am attending new and different events. I began to fall more and more in love with the scene, the music, the people, and learning a very lot along the way. Another friend of mine showed me a pair of LED gloves that he had purchased online. At the time I had no idea what they were used for but he started twirling his hands in motions and gave me my first glove show. I got hooked after playing with them myself. I ended up buying a pair shortly after this and started to practice on my spare time. Now I bring my gloves to every event I go to so that I can LIGHTEN up anyone’s night. Along the way in my raving adventures, I also found the most amazing group of people. At first I was timid but over time the entire group grew on me and I feel privileged to be in their rave family. If it was not for SWK I would have probably fell out of the EDM scene entirely.

Now onto some of my favorite artists this is difficult because everyone is so great and I love all sub genres of EDM but if I had to narrow it down to a few I would say Knife Party, Flosstradamus, Galantis, Flume, Clockwork and 3LAU. I will be at any stage for any artist, I just love all electronic music.