Bang Bang is a quite unique venue here in San Diego. It is one of the newest clubs that host EDM here in Downtown. Their theme has a strong emphasis of the Japanese culture. Within moments of entering, you are presented with hanging lanterns across the ceiling, newspapers and advertisements decor, and a full sushi bar! Half of the club is a large bar/restaurant area, and the other half is the nightclub/DJ area. If you are ever in the area, I highly recommend checking out this interesting twist on the restaurant/nightclub hybrid. This place is an excellent place to either enjoy a DJ that you like, have a fancier dinner, or some combination of the two!

This was my first time getting to have a meal here, despite being here multiple times since discovering this place earlier this year. Their specialty rolls are well themed, plated, and named. I decided to try the Godzilla roll this time, although the Bruce Lee roll was definitely calling my name. The Godzilla roll was spicy, looked good, and everything I was expecting.

After trying a few of their specialty cocktails, it was time to swing over to the dance floor side of the venue. The clearest main attraction is the enormous disco ball prominently hung in the center of the room. It is the largest disco ball in the west coast, and is quite the sight. The opening DJ, Lee K, was great. She had great pacing, had the crowd dancing, and properly warmed up the crowd with great upbeat house music.

During the end of Lee K’s set, MK had made an appearance nearby the stage. The front rows cheered at his presence alone. He had a few minutes and actually hopped down into the front, high-fiving, chatting and taking pictures with anyone that asked. One of the guests also gave him some kandi (which he wore throughout the night). It was great that he was willing to spend time with his fans, especially since he didn’t have to at all.

It became time for him to play, and the crowd was amped and ready. Once he took over the decks the crowd was roaring. The floor was bumping, and the music was amazing! He played many of his remixes, such as “My Head is a Jungle” and “I Got You”. The crowd was quite active, everyone was having a good time. There was a great turnout, it was terrific that this much of a crowd would show on a Thursday. The dance floor was packed, the bartenders were very busy, and everybody was grooving the entire night. MK knows how to keep the crowd up and moving, and had a killer set.

All in all, a very successful night. I was very glad I was able to make it. Bang Bang is one of my favorite EDM clubs, and I can guarantee I will return again soon. Thanks to FNGRS CRSSD, Lee K, MK, and also Grant for making this all possible!

Until the next time, dear reader, thank you and look forward to posting for you again soon! 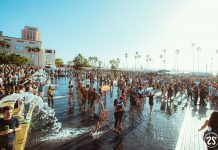 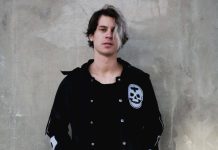 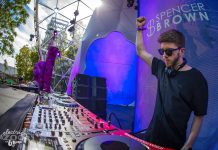