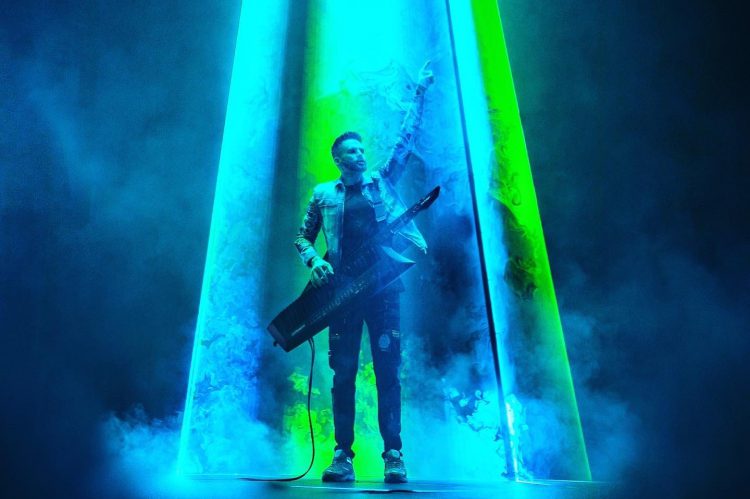 Gareth Emery is celebrating Christmas by giving his fans around the world their chance to check out the full LSR/CITY V2 set.

This year has been another milestone for renowned UK DJ and producer Gareth Emery. On the release front, he continued to release massive tunes like “Unity” with Omnia and “Forever & Always” with Armin van Buuren and Owl City, and marked the end of his album era with the release of ANALOG. The music that Gareth Emery makes is only one part of the story as he also trotted the globe to take the stage at festivals and nightclubs while also delivering something truly impressive in the form of his LSR/CITY V2 tour.

Announced back in July, this four-night run acted as a successor to his Laserface tour and performance at EDC Las Vegas and saw Gareth Emery head to Los Angeles, Seattle, San Jose, and Minneapolis. Those who were able to catch these performances in the fall were graced with an experience that featured never before seen technology – and plenty of lasers, of course.

While many flocked to those cities to get a dose of this cutting-edge laser display, others wondered when they could get a taste of the action. They’ll be able to do just that tonight as Gareth Emery decided to drop off a special gift for his fans on Christmas Eve with a special premiere of the full LSR/CITY V2 set. Additionally, he’ll be active on his Discord server to chat with fans and reminisce about this laser-fueled show.

Check out the full LSR/CITY V2 set when it premieres on December 24 at 7pm PT (10pm ET) on YouTube, join the live chat on his Discord, and make sure to follow Gareth Emery on social media to stay in the know on his plans for 2023!