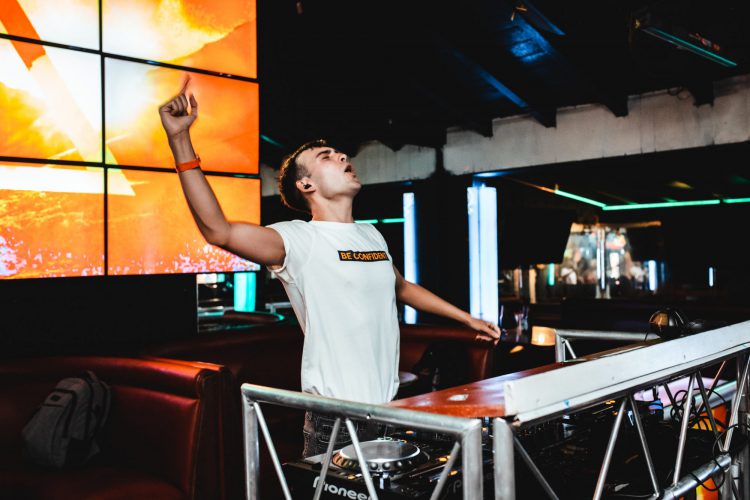 Rising star Sequence Six swung by to give us some insight into his journey so far, along with his creative inspirations and thoughts on the scene!

It’s always impressive when an artist is able to create their own sound and style while not being confined by the limitations of others’ definitions of a genre. Sequence Six is one such rising artist that definitely fits this bill. Though he produces within the trance genre, this multifaceted artist leans into incorporating styles that make his current creation fit with the emotions he wants to evoke.

Speaking of emotions, infusing awe-inspiring and visceral emotional experiences paired with his skill in the studio has been key to what makes this artist stand out from the crowd, as it’s clear that he is not afraid to put his all into a track and take listeners on a journey. Due to his talents, Sequence Six has been noticed by many big players in the scene, garnering support from world-class artists such as Aly & Fila, Ben Nicky, Paul Van Dyk, and Solarstone, to name a few.

Looking to gain more insight into his past, present, and future, we sat down with Sequence Six and spoke with him about his journey, inspirations, thoughts on the scene, and more. Check out his exclusive guest mix and read on for the conversation!

Before we get into some of your recent work, let’s look at your past. Who were some of your earliest musical influences, and what led you to develop a passion for trance music?

If we go way back, before the idea of Sequence Six was even conceived, Lenny Kravitz. I never even thought about it until now, but I think the earliest memory I have of really taking apart a song and trying to understand why I thought it was so cool was his track, “Are You Gonna Go My Way.” I think I was four years old when I first heard it.

If you’re talking about my early work as a producer, Dash Berlin was the biggest initial influence and inspiration for me, but that very quickly changed after diving deeper into Trance music. I think what led me to develop a passion for Trance was that I’d never found music that could make me cry until I heard Trance. It could hit me like a ton of bricks yet still uplift me, and that’s a really beautiful thing.

How would you best describe your sound to someone who wasn’t familiar with your work?

Emotional, melodic, heartfelt music inspired by my own life experiences.

Speaking of new experiences, after living in CA for some time, you moved to the east coast and have been playing along on that side of the US. How has your experience been, and how would you compare the two coasts?

I’ve had an awesome time playing on both coasts. I’ve been fortunate to perform three shows on the east coast and three on the west coast this year. One in Brooklyn, two in Boston, and three in California. Performing in Brooklyn, New York, was one of the highlights of my year. Brooklyn has always felt like home to me, despite never having spent more than two weeks there! It’s a very special place with a welcoming energy. I can’t accurately compare and contrast the two coasts. They’re just different.

Since you have experience playing and attending events in a variety of locations, do you have a favorite event or venue – one to play and one to attend? If so, what would they be and why?

For the event I’ve played, I’ll go with my show at Exchange LA in June of this year. That night was magic. It felt like everything had been leading up to that moment. I’d been dreaming of playing at that venue since I was too young to get in, so the moment I got the booking, I was over the moon. The crowd was amazing, and getting to premiere a new song and see tears in someone’s eyes as the main melody began to play…the night was so full of passion. That’s why I do this. That’s why I love this music.

For the event I’ve attended, I’ll go with Dreamstate SoCal. I just love the energy, the people, the lights, and of course, the music. I’m really critical of sets because I’m very much in a creator mindset all the time, so it can be difficult for someone to lead me into the mindset of purely being a fan. When it does happen, it usually comes from something unique, something with intention. It has to be really special. I usually find that at least a few times at Dreamstate. From the stage and from the crowd, I think the goal is the same thing. I want passion and authenticity.

You’ve always been very vocal about the importance of self-care and caring for your mental health journey as well as incorporating your life experiences in your music. Can you talk a little about why this is important to you?

It’s incredibly important to me because I have seen immense positive changes in myself since I started focusing on taking care of my mental health. Therapy has been at the core, and I think without it, I wouldn’t be writing this interview. I used to be so scared to be myself. Now I write music with stories where I have to be so vulnerable, facing every single thing I feel so I can share it with the world. Recently, I’ve discovered a lot of my self-care is just going back to the things I felt as a child and rediscovering the simplicity of just feeling what I feel and being enthralled with it. Self-reflecting and rediscovering what makes me feel “me” has helped break down the walls of fear that kept me from sharing so many stories through my music.

Every month you release your Existential radio show, which highlights a variety of trance subgenres. What types of sounds are you looking for, and how do you make the determination of which tracks to include each month?

Existential isn’t a Trance show. I play a lot of Trance, but I also play Breaks, Techno, Synthwave, and Progressive House… I want to feel the passion, integrity, honesty, and love that a musician puts into their work. If I feel it, and it’s a form of electronic music, I’ll play it.

Though Sequence Six is trance, you’ve mentioned before that you enjoy and have been inspired by all types of electronic music genres. Some say at times that genres can be limited due to the “strict” rules about what can or cannot be considered representative of a certain style. How do you feel about genres and pushing the boundaries of music?

Firstly, I want to mention that I usually don’t take inspiration from someone else’s song to write my own. Inspiration comes to me from seeing a sunrise and thinking, “What would this sound like?” or writing something about a specific moment or time in my life, like an upcoming vocal record I’ve written about the loss of my mom. The inspiration from others’ music is often about the production techniques used. The way they took a sound and brought it to life. How can I take that same technique and implement it into the things I’m making?

I don’t get much of that kind of inspiration from Trance anymore, as so much of it sounds the same. I think that’s partly due to people sticking to what works and creating within the confines of a genre. Trance can be quite freeing if we look at it from the perspective of what it makes us feel, and to me, that’s what Trance is. I don’t like being told that I can’t do something, and I don’t like limitations, so it’s important for me to create from a place of feelings, not genres. I will push the boundaries when I feel like it, and I’ll stay within them when I feel like it.

Finally, what goals do you hope to achieve in 2023? Is there anything we should keep an ear out for in the near future?

I’m going to be launching Sequence Six merchandise in 2023, which is something I’m very excited about. I will be continuing the monthly release of new Existential episodes and, of course, releasing new music throughout the year. I have two vocal singles in the works right now and have been asked by one of my favorite bands to remix a song from their upcoming album. I’ll be moving back to Los Angeles in January and will be upgrading my studio to a more permanent space. I’m always furthering my career as a musician and am interested in performing and sharing my music with the world, so if you’d like to book me to play an event, contact: bookings@sequencesixmusic.com.