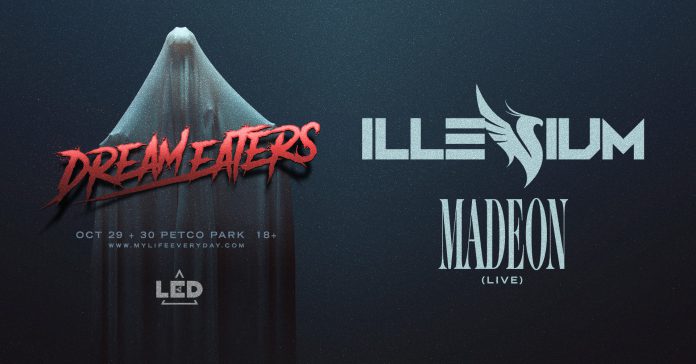 LED Presents is getting prepped for spooky season in style with a new event dubbed Dream Eaters with ILLENIUM and Madeon headlining.

Summer is almost over and pumpkin spice is back at Starbucks, meaning that Halloween is growing closer by the day. The spooky season is always one of the best times to get down and dirty on the dancefloor at a festival, especially in Southern California, and LED Presents is bringing the heat with their new event in San Diego, Dream Eaters.

Set to take place on October 29-30 at Petco Park, little else is known about this brand new event from LED Presents. One thing is for certain though, they’re packing some top-tier artists who are headlining the show as ILLENIUM and Madeon were unveiled along with the initial dates and details for Dream Eaters.

ILLENIUM is riding the wave of a monumental performance at Allegiant Stadium in Las Vegas that arrived after the release of his latest album Fallen Embers and is sure to stir up some emotions. On the flipside, Madeon will be performing a live set at Dream Eaters and has continued to keep fans grooving away to his funky beats during surprise shows in Los Angeles and will have just performed at venues around the US on the GOOD FAITH FOREVER tour.

LED Presents did tease that more artists are soon to be announced, so stay tuned for updates by following them on socials, grab your tickets when the presale begins via ShowClix on Friday, September 3 at 12pm PT, and let us know if you plan on attending in the comments.

Get Ready for Second Sky Music Festival with Our Curated Playlist 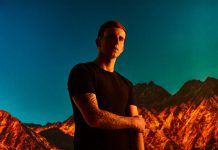 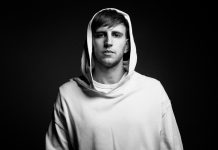