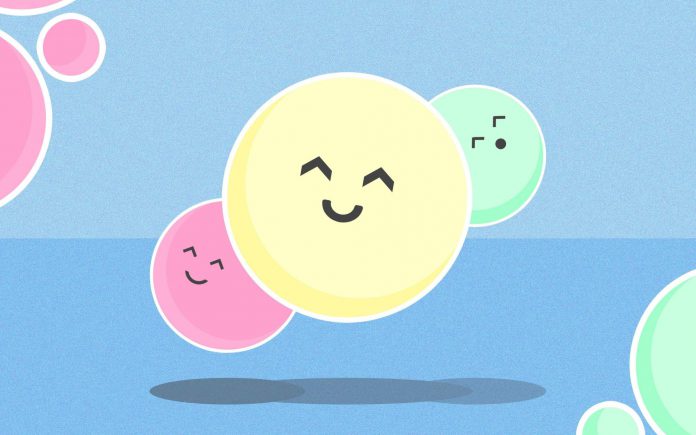 Need a sugar rush in your life? Fresh duo Soda Float is here to deliver some treats for your ears that are simply delicious!

The pandemic has led to a number of unique collaborations picking up traction as artists looked to each other for inspiration and some fun while being stuck in lockdown. That’s exactly what Sky Roses and Hyperbolt did with their project together, Soda Float. Centered around uplifting, bubbly sounds that will brighten up your life the moment you press play, this new collaboration is one that the world really needs to battle the onslaught of negative news that continues to surface.

Their unique style comes from the different paths that both Sky Roses and Hyperbolt have taken so far in their careers. On one side, Sky Roses been churning out some fantastic tunes as of late, impressing with a remix of Kiefer Ian’s “I Don’t Need You” and a flurry of originals like “Cosmos” and the Ethereal EP. On the other side of the spectrum is Hyperbolt, who has seen success as a curator on YouTube and is now taking his first steps into the production space.

First emerging in 2019 with “Gorgonzola,” Soda Float released “This Time” and “Voxel” last year to keep the uplifting vibes rolling on strongly. While their sound isn’t defined by one genre specifically, they clearly show that their influences lie in the realms of electro house, indie dance, and more recently future bass with the release of “Smile.”

Looking to gain some extra insight on where they hope to take the project in the future, we caught up with the duo to chat about Soda Float, their latest single, and plenty more. Listen to their exclusive guest mix below and read on for the conversation!

Hi Jason (Sky Roses) and Alex (Hyperbolt), thank you for taking the time to chat with us today! Before we dive into the story of Soda Float, I’d love to explore each of your own roots in the scene. So let’s turn back the clock, what brought you both to the realm of dance music?

Jason: I had a love for all sorts of music growing up cause of my parents and whilst I had an early love for electronica with the likes of Owl City and Lights, it wasn’t until my love for Pendulum was greeted by a collaboration with deadmau5 on “Ghosts N Stuff” when a whole new world opened up.

Alex: I got into electronic music in 2012 through a site called Plug.dj, it really sparked a love for exploring more in the scene and finding artists like Skrillex, Coyote Kisses, Knife Party, and Feed Me really early on. This then made me want to start my own channel and outlet for music I found which is where HyperboltEDM came from in 2013 and then I really just built my roots in the scene from there.

Was there a specific inspiration or point in time when each of you realized you wanted to pursue careers as electronic producers? Where do your backgrounds in production stem from?

J: I grew up performing on stage in bands and musicals, so I wasn’t new to singing at all, but production for me was the next natural step when everyone stopped showing up to practices and got too busy for gigs.

A: My main inspiration to get serious behind producing has been my friends. I’ve been very involved in the scene since the early days and owned copies of FL studio and such for messing around with, but never really got serious with my “career” in making music till around 2019 when Jason and I started Soda Float.

While you both have solo careers in the scene, you came together to form Soda Float back in 2019. What drove the idea of coming together to create music and develop this new alias? Do you have a specific vibe you’re hoping to showcase with this project?

J: Alex and myself became mutuals through a small label community and met a couple of times until we eventually went on holiday together, he was working on a demo one night in the chalet we stayed at and I just kinda got involved without him asking me too, and after that, we just kept sharing ideas and love for the 2012-15 era of dance music.

A: The aim for me with Soda Float was initially to learn and improve and make the music I always wanted to make without having the knowledge or talent. The project really depended on Jason for the start and then as it went on and I got more comfortable working in the DAW and working together eventually the workloads became slightly more balanced.

Soda Float made its grand entrance with “Gorgonzola” and since then you’ve released “This Time,” “Voxel,” and most recently “Smile.” When you’re both coming together to work on a new tune, what’s your production process like? Did things change at all last year due to the pandemic on that front?

J: For us, the production process is 100% Alex starting ideas and getting them to me, from there I’ll add and tweak until we have a full song, sometimes adding new sections of his along the way. Alex has a gift for creating such amazing melodies and sound choices that truly create what Soda Float is, truth is if I try and start the songs they don’t sound the same!

A: As mentioned by Jase yeah usually I’d be the one to come up with a basic drop idea or melody idea and then we’d really just hone in on that idea together. I love seeing whatever happened to it after I last handed it over and saw him just going ham trying stuff out and having fun and that’s really what the project has been about from the start.

While your first tunes lean more towards house, “Smile” delivers some future bass that, well, puts a smile on the face of anyone who listens. Do you have plans to define the “sound” of Soda Float to be centered around uplifting listeners than being forced within the confines of a specific genre?

J: While Soda Float is always going to have its roots in Electro House as that’s what we missed the most from the scene, we’re going to keep tackling every style we can, if Alex can write a melody and idea for it, then we’re gonna do it. Hopefully, we can make an EP that truly embraces as many genres as we’re capable of.

A: Agreed on my part I genuinely think that there’s no genre boundary that I don’t want to tackle, I’ve been making what I want when I want, and starting off with Electro House felt like the best bet because it was something both me and Jason have a grounded passion for.

The mix you’ve spun up for us today is jampacked with some amazing tunes. What was the curation process like for this guest mix? Where do you find yourselves digging for tunes mostly?

J: So glad you like the mix, as you may already know Alex runs a promotional channel where he shares music called HyperboltEDM so he has emails full of hidden gems that he takes time to listen to and share, and we’re both surrounded by incredibly talented friends like Skybreak, Papa Khan, Chime, Rob Gasser, and Paper Skies to name a few.

A: I definitely find a lot of amazing music through my friends and the library of SoundCloud follows I’ve built up over the years. There’s so much talent in the underground scene and I really wanted to show a lot of that off in my choices for this mix while keeping it true to a “Soda Float” style mix.

Many artists who are currently rising through the ranks of the scene have expressed that they’ve struggled with exposure, getting booked for gigs, juggling all the aspects of their careers, and more. What do you feel has been the biggest hurdle you’ve faced and had to overcome so far?

J: We’ve been very blessed to let this project grow on its own so far and once again in our favor Alex gives us the occasional upload on his channel to help share our stuff, we’re very happy for this project to grow naturally. Though we’ve definitely dreamt of the b2b liveset soon for sure!

A: The b2b liveset would genuinely be really fun, I think the biggest hurdle at the moment is just when to work on stuff and deciding what projects are Soda Float-y for me? After “Smile” I’ve been doing a lot of focus on my solo alias to build up a catalog and sometimes it makes me feel like if I didn’t have to prove myself as much on solo stuff then I’d be shooting so much more Jase’s way! Always really fluid to work with.

Looking forward to the rest of the year and beyond, what are some of the goals that you hope to achieve with the Soda Float project?

J: As we mentioned earlier, an EP or just a faster pace on music, in general, is 100% the goal, but also a couple more mixes and working together in person more!

A: I’d like to get an EP out yeah I’ve always had an idea for a four-track EP with the same theme in 4 different genres and I think it would be really fun to pull off.

Finally, because we simply just have to know, what is the recipe for the perfect soda float? Is there a specific combo we must try?

J: For me, it’s got to be a Melon Float! Lime ice cream and watermelon soda! 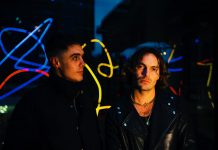 Digging Into the Details of UK Duo The Pressure 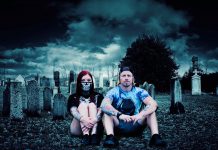 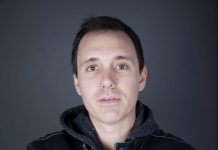