Global Dance Festival Shuts Down Due to Severe Weather 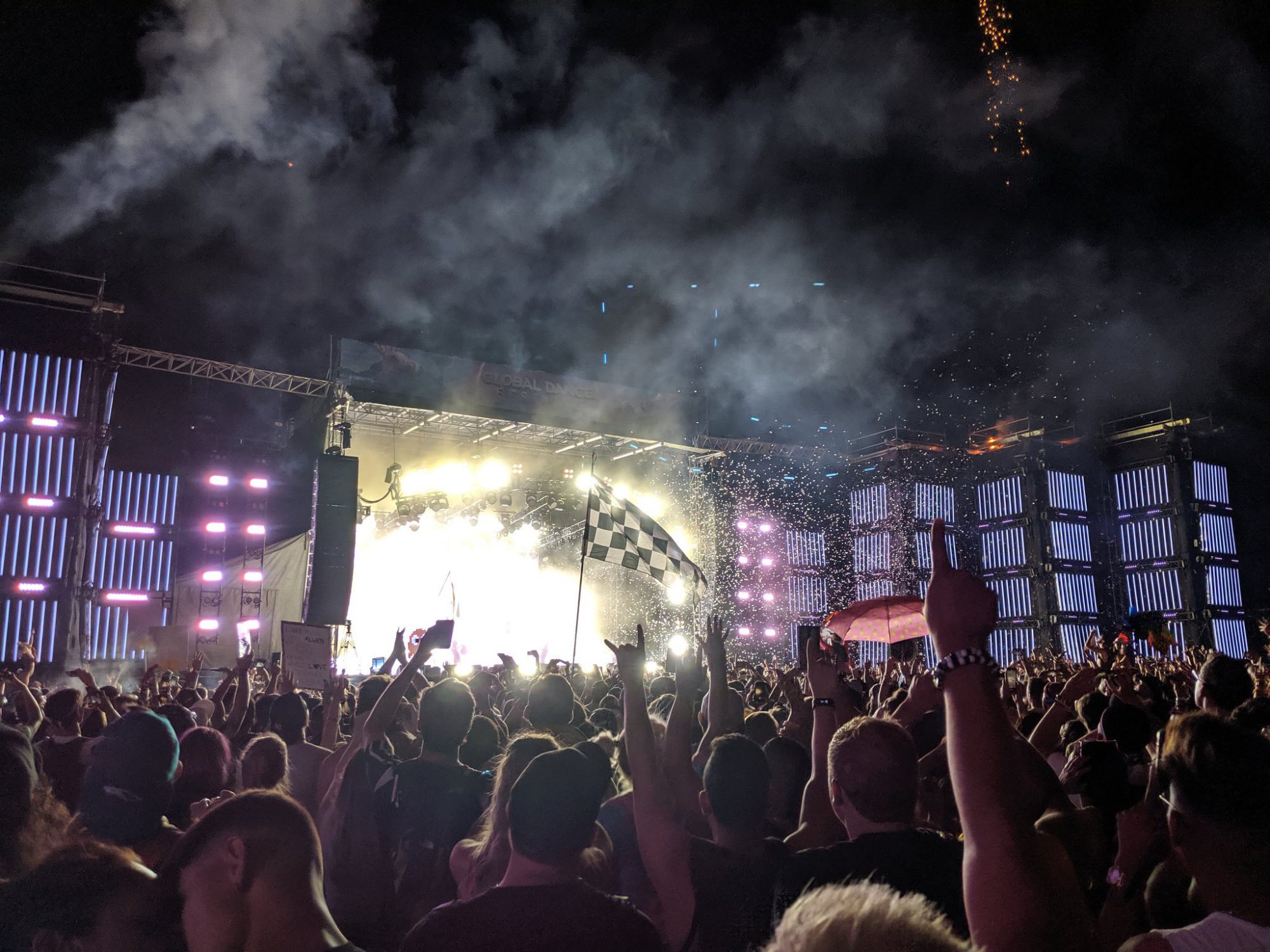 After thunderstorms rocked the Denver-area today, Global Dance Festival has unfortunately been forced to cancel the remainder of the weekend’s festivities.

Known for bringing some stacked lineups to Denver on an annual basis, it looked as if all systems were a go for another fun-filled weekend of dance music at Global Dance Festival. The first day of the festival saw some major names in the scene like ZHU, Kaskade, and Black Tiger Sex Machine take the stage, and fans were anticipating a solid second day to vibe out during. Highly anticipated sets on the second day included a b2b performance between Excision and Illenium that drew many to the festival this year.

Earlier today, though, extreme thunderstorms rolled through Denver which caused an initial delay in opening the festival grounds for Saturday. Annoyed with the closure, some attendees were seen “making themselves at home” by pushing down barriers and stealing beers from vendors. After the storm had passed, an assessment of the site needed to be made and unfortunately just moments ago the team behind Global Dance Festival announced that the remaining day had been canceled.

EDM.com reported earlier that the Monstercat stage had actually collapsed due to the high wind conditions as well. The facility itself and officially from the City of Denver came to the conclusion that the site would be deemed unsafe for attendees so the show will be cut early. All attendees who purchased Saturday tickets will be refunded in full and those with two-day passes should expect to see a 50% refund as well.

Stay tuned to social media for more updates surrounding potential parties that might pop to host artists in town at the nightclubs in Denver.

Read the statement from the Global Dance Festival Team on Facebook:

Did you attend the first day of the festival this year or were you planning to attend day two? Let us know in the comments!