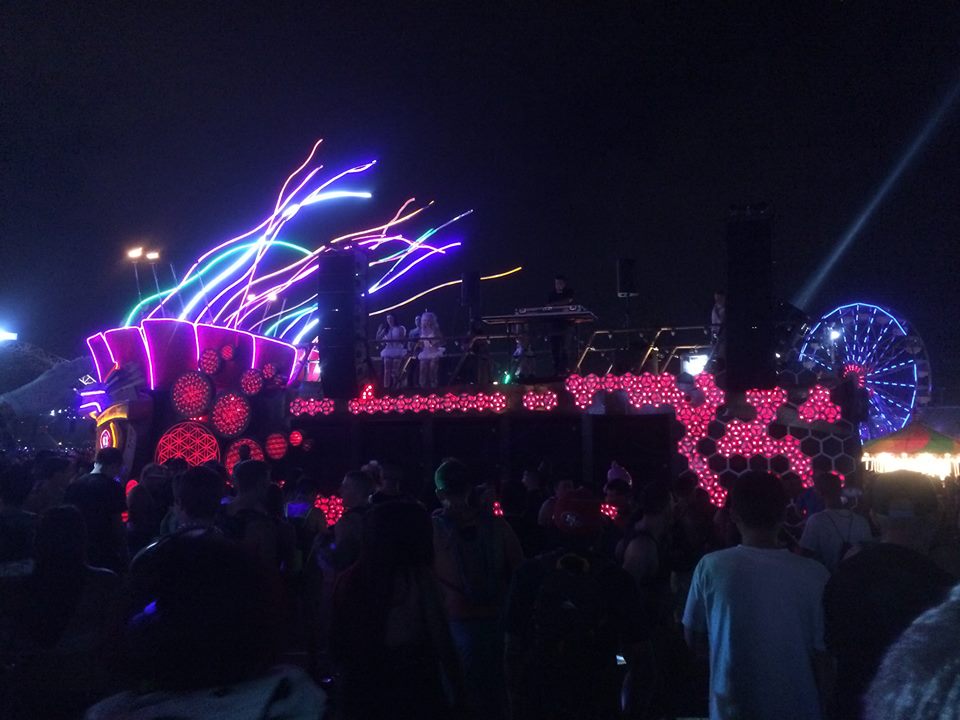 After working with many others in decoding the lineup for this year’s edition for the Electric Daisy Carnival in Las Vegas I could not be more excited to share my top picks with fellow attendees. I have combed through the entire lineup looking for diverse acts, as well as some you may already know. This list represents what I feel will be some awesome artists to check out under the electric sky, your mileage may vary and there are definitely artists that I may have missed.

I fell in love with the Bixels the first time I heard a remix off their SoundCloud. I immediately knew that I had to go see them, but did not have a chance to until EDC Las Vegas 2014. Not only did Rob and Ian play EDC last year, they played twice. While I only got the chance to attend one of the two, it was awesome to hear them play a Sunrise Set on Saturday morning. Ever since that morning, I have seen them at many festivals and club events and they have always been excited to chat and meet fans both before and after their sets. I’m positive that they’ll be playing a dope set that will leave you dancing.

Panda Nation has taken over. Having seen Deorro twice recently at Coachella, I can safely say that it does not matter if it is a DJ Set or a Live Set because either set is going to be an amazing time. He will have you bouncing and shuffling your way to happiness!

Markus is an American Trance Legend. With sets at festivals to club shows spanning open to close, Markus is a master of the decks. The last time I caught him at EDC Las Vegas by himself, he was playing the ASOT Stage in 2012 before they cut the sound due to high winds Saturday night. Markus Schulz and Steve Aoki both hung around long enough to play a special set on an art car for those who remained.

Let’s just say the seeing Flume play is one of the best decisions you’ll make at EDC Las Vegas this year. He blew me away in 2014 at Coachella, and again at the Nokia Center last August. While I was not in attendance at Lightning in a Bottle this year, I heard nothing but great things about his set there too. Definitely check him out!

One of my favorite all time dubstep artists. I’ve seen Flux more times than many others, all of the sets being highly memorable for me. If he’s unleashing the Bass Cannon or telling you that “he can’t stop”, his high energy sets and amazing tracks will blow your mind.

Here’s one for all you kandi ravers and happy hardcore junkies. Darren Styles will bring you back to a different era of raving that was full of beats that would make you shuffle your problems away. While the reign of the happy hardcore era of electronic music has seemingly slowed down, you will be able to get your high energy fix at his set!

Everyone should take a step into 3LAU’s House for the ride of their life. After opening EDC’s Kinetic Field last year on Friday, I am more than excited to see what he has in store for 2015. His sets incorporate a variety of genres and he definitely pumps up the crowd with both his mash-ups and original tracks.

Since 2008 Jennifer Lee has been picking up more and more traction with her instrumental hip-hop/electronica sets. Releasing her latest album on her own label, Young Arts Records, in 2014 she has wowed many fans at recent sets including The Do Lab Stage at Coachella 2015 Weekend 2. Tokimonsta will be arriving fresh off of an Australian tour, so be prepared for her this June!

There are few artists that I insist people see. That list a small collection at about 10 or so artists that I consider to be defining of what electronic music is and should be. Pryda is one of those artists. His sets will literally blow your mind and leave you wanting more.

Drum N Bass is a genre that may have been underrepresented in past editions of EDC and at Insomniac Events in general, but I’ve included two awesome acts on this list that I didn’t expect to see on EDC Las Vegas’s lineup. Black Sun Empire has been pushing out some amazing music since 1995, and I’m excited to see their back to back set with New Zealand Duo, State of Mind. Drum N Bass is not dead it has just been lurking in the shadow of dubstep and other bass genres for some time. This b2b will definitely open your mind and leave you thirsty for more.

I will admit it, I had no idea who Galantis was at Coachella 2014 and I am still regretting not seeing their set. Officially formed in 2007, Galantis really kicked into gear in 2012 and hasn’t looked back since. Their rise to stardom has been supported by hit tracks, “Runaway”, “Smile”, “You”, and most recently “Gold Dust”. Supported by fellow artists like Kaskade, Dillon Francis, and Quintino, with their remixes of “Runaway (U&I)”, they are definitely a set not to miss!

The co-founder of the Dirtybird Crew deserves some attention at EDC this year. Dropping some amazing house beats for your rave booty to shake to. He has graced the attendees of prolific festivals such as BPM in Mexico and HARD’s Holy Ship, and has been well received as one of the best DJs from the West Coast. His “Hello Clouds” tour will span a good portion of the globe so check out his Facebook page for a location nearest you.

“Fuck Genres” is a significant statement that LNY TNZ proclaims. Founded in 2004, this dynamic duo only stopped to take a break for other projects after the 2007 tour. Returning to the scene in 2012 they have worked with popular artists like Yellow Claw and have blended hardstyle with trap and other genres in the electronic music scene.

I’m sure I’ll get a ton of hate for this but I do not care. To me personally, Kaskade is one of the artists that represent EDC. Through the powerful vocals of his tracks, the quality of the beats and the feels he puts into all of his sets he has attained a special status. He went out of his way last year to make the experience even greater with a surprise redux set on the Mayan Art Car. One of the most magical experiences I have ever had at an event and hopefully he’ll bring something special to the table this year too.

Drum and Bass has had a solid ally since 1991, when Damian Higgins began his career as a DJ. Playing sets on 6 continents and having tracks included on both television and in the video game world, it’s safe to say that Dieselboy is here to stay.  Performing his sets on four CDJs, they are as explosive as he is and a live show that you should definitely check out!